Qualcomm says its next chip designed for laptops and 2-in-1 computers is designed for long battery life, speedy performance, and always-connected capabilities.

According to Qualcomm, its new chip can power fanless PCs with more than 25 hours of battery life, while offering “up to 50% greater total system performance than the competition” according to the company’s own internal testing.

Qualcomm says compared to an unspecified 10th-gen Intel Core i5 processor running at 15 watts, its 7 watt Snapdragon 8cx Gen 2 5G chip offers up to 18-percent better performance and up to 39-percent better efficiency.

Things look even better for Qualcomm when the company pits its chip against a 7 watt Intel Core i5 chip with Hybrid Cores (most likely a Lakefield processor). In that case, Qualcomm says the Snapdragon 8cx Gen 2 5G is up to 51-percent faster and up to 58-percent more efficient. 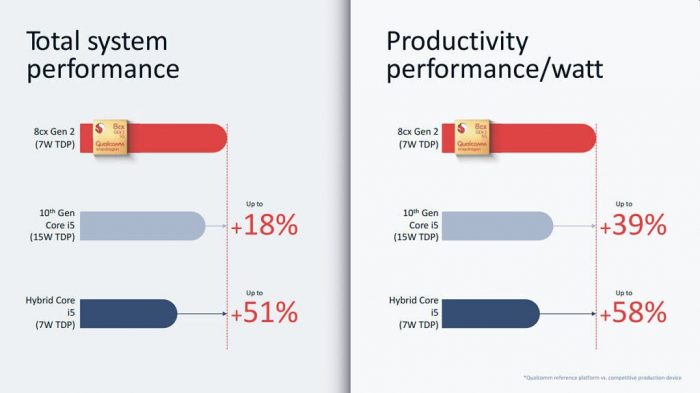 But there are no details on what those tests entailed — recent Windows on ARM laptops and tablets generally perform well when running applications compiled for ARM architecture. There’s a performance hit when running x86 apps though, since Windows has to use emulation. And not all x86 apps will run at all.

And Qualcomm seems more interested in comparing its new chip with an Intel processor than with the first-gen Snapdragon 8cx 5G. Maybe that’s because it doesn’t actually look like all that much has changed.

The main difference seems to be that the 2nd-gen chip adds Qualcomm’s FastConnect 6800 technology which means it supports WiFi 6 and Bluetooth 5.1 (the previous-gen chip topped out at WiFi 5 and Bluetooth 5.0). 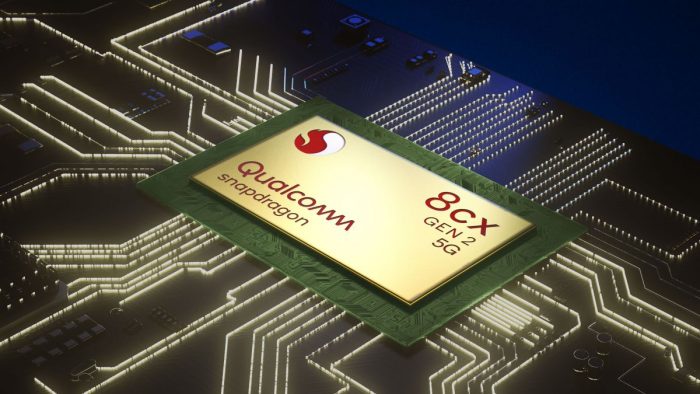 Qualcomm has also updated the AI engine from Hexagon 685 to Hexagon 690, which could bring a small performance boost in some tasks.

The company says the first devices with a Qualcomm Snapdragon 8cx Gen 2 5G chip should ship in late 2020 and if you’re wondering what they’ll look like, Acer’s got you covered. The company’s upcoming Acer Spin 7 (SP71) is the first PC announced to feature the new chip.