Qualcomm’s next-gen flagship processor should bring a significant boost to CPU, graphics, and memory performance. But the feature that’s likely to grab the most headlines is that despite lacking an integrated 5G modem, the Qualcomm Snapdragon 865 processor will only show up in 5G-ready smartphones.

That’s because Qualcomm is pairing the Snapdragon 865 processor with the Snapdragon X55 5G modem. Phone makers can’t get the chip without that modem… and it doesn’t have any integrated modem, so it’ll use the X55 for 4G LTE connectivity as well.

All of which is to say that it’s looking like 2020 will be the year that 5G gets serious… because odds are that if you buy an Android flagship next year, you’ll be getting a 5G phone. 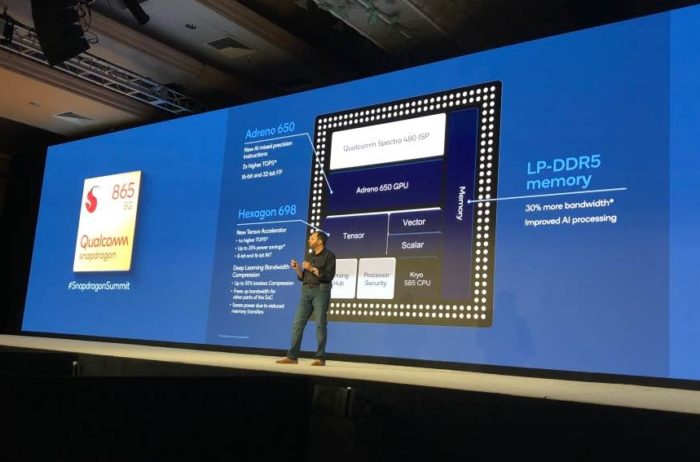 A lot of mid-range phones will also likely have 5G, since it’s built into the Snapdragon 765 and 765 G mid-tier processors as well.

Qualcomm says its X55 5G modem offers theoretical peak download speeds as high as 7.5 Gbps… which you’ll probably never actually see, since your phone’s storage probably can’t even save data that fast. The Snapdragon 865 also includes WiFi 6 support (for speeds up to 1.8 Gbps), and Bluetooth 5.1.

The Snapdragon 865 is an octa-core processor with:

Qualcomm says the new AI engine is more than twice as fast as the version in the Snapdragon 855. And if you’re looking for something concrete that phones with the new chips can do that their predecessors could not, Qualcomm is promising:

The Snapdragon 865 is also the first chip for any consumer device to feature support for Dolby Vision video capture. 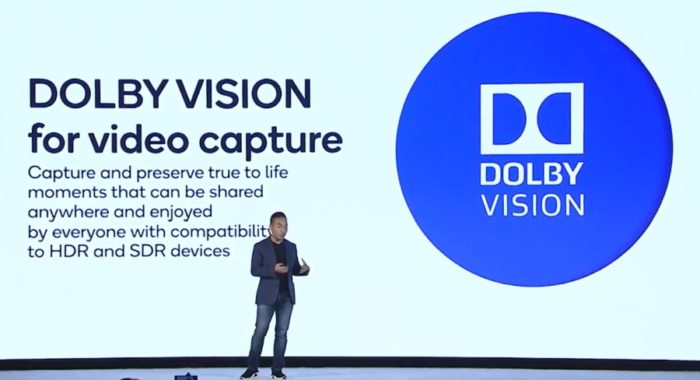 There’s also support for new security features including an upcoming Android R feature that will let you use your phone to store a driver’s license and other identification cards.

Oh — and the Snapdragon 865 will be the first processor that will support updating the GPU drivers via updates distributed through the Google Play Store, meaning you don’t have to wait for an operating system update (like the move from Android 10 to Android 11) to get new drivers.

2 replies on “Qualcomm Snapdragon 865 is coming to 5G flagships, brings 8K video along for the ride”