Qualcomm’s upcoming Snapdragon 835 processor is expected to power many of 2017’s flagship phones. The company has already said the new 10nm chip will offer up to 27 percent better performance than Qualcomm’s existing processors, while taking up less space and using less power.

But just days before the chip is set to be showcased at the Consumer Electronics Show, a set of slides have leaked which give us a pretty good idea of what to expect in terms of specs and performance. 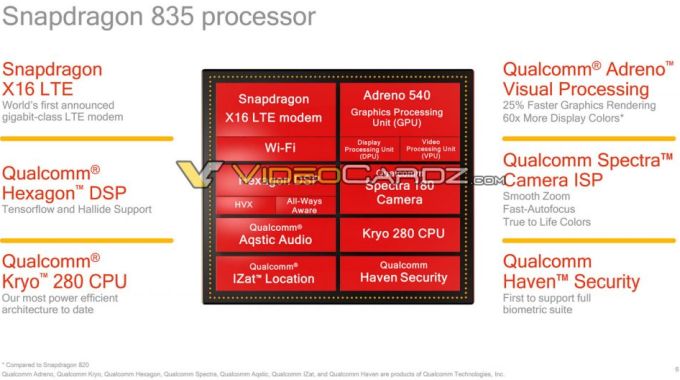 The new graphics core is said to offer up to 25 percent faster rendering and support for 60 times as many colors, and the chip is said to use about half the power of a 2014-era Snapdragon 801 processor. It’s also more energy efficient than Snapdragon 810 or 820 chips, but the gains aren’t quite as great there.