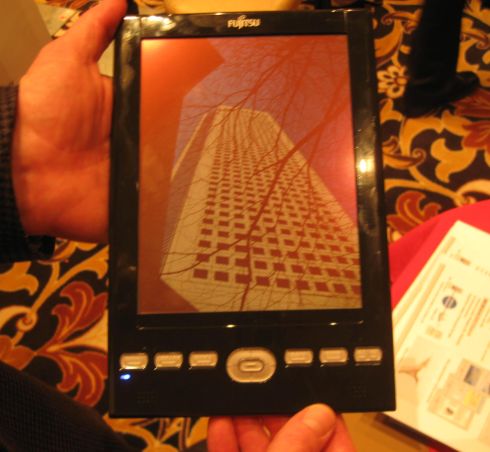 While Pixel Qi has been grabbing a lot of headlines for its dual-mode LCD displays which can function as full color laptop or tablet screens or low power, high contrast eReader displays, the company isn’t the only game in town. Qualcomm has been working on its own solution: a low power eReader display with a faster refresh rate than E Ink. Oh yeah, and it shows color.

The company has been showing off Mirasol displays for a while, and I got a chance to check out a concept eReader with one of these displays at CES this year. To be honest, the colors weren’t all that vivid, but the device was certainly capable of showing off color pictures far better than any Amazon Kindle, Barnes & Noble Nook, or Sony Reader device currently on the market.

Now DigiTimes reports that Qualcomm has scored a major new client, leading the company to invest $2 billion to set up a new plant for manufacturing Mirasol displays. The plant won’t be set up until late 2011, with production expected to start in early 2012. The focus is on 5.7 inch color displays, so we’re most likely looking at screens for eBook readers, not netbooks or tablets.

Engadget hazards a guess that the major client could be Amazon… since CEO Jeff Bezos has indicaed that it will be a while before a color Kindle is ready to go — making a 2012 launch date seem reasonable.