Qualcomm’s Snapdragon 400 is a low-power processor aimed at mid-range smartphones and tablets. But that doesn’t mean it can’t use a few pieces of flare.

The chip maker just announced a new version of the Snapdragon 400 featuring a quad-core design and integrated support for 4G LTE and 3G HSPA+ connectivity as well as 802.11ac WiFi and Miracast wireless display technology. 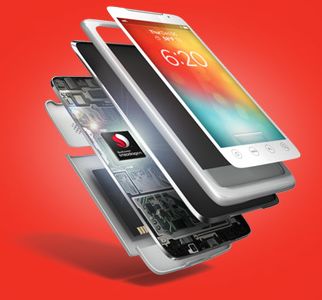 Up until now, Qualcomm had only been offering a dual-core version of the 1.2 GHz Krait processor with Adreno 305 graphics.

The new quad-core version also includes integrated support for Bluetooth, NFC, and FM radio. It can work in phones with dual SIM card slots and offers support for Google Android and Windows Phone 8.

Qualcomm has also released new reference designs for tablets featuring Snapdragon S400 processors. The tablets would feature 7 to 10 inch display and support for 1080p HD video playback. these designs are based on earlier versions of the Snapdragon 400 including dual-core chips without 4G LTE support.