We’ll have to wait until later this year to get our hands on devices with Qualcomm’s first 64-bit chips. But the company is giving its 32-bit lineup a bit of a speed bump in the meantime. 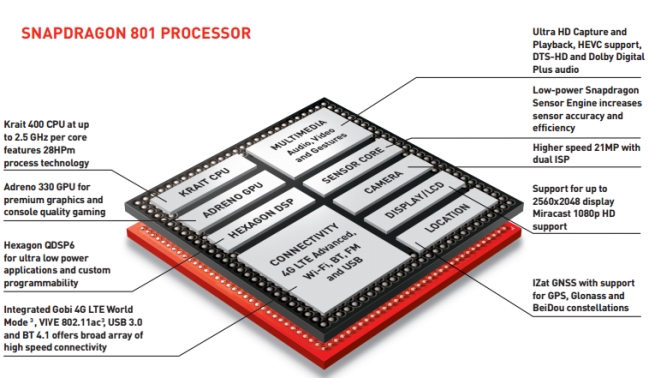 Update: Actually, there are 3 different versions of the new chip and some have higher clock speeds than others.

Both chips are based on Qualcomm’s own Krait 400 architecture.

Qualcomm is sticking with Adreno 330 graphics in the new chip, but the graphics clock speed has been bumped up from 550 MHz to 578 MHz.

AnandTech also points out that Qualcomm is moving from eMMC 4.5 to eMMC 5.0 which allows for faster storage with speeds up to 400MB/s.