The first smartphones to ship with 5G support were premium devices aimed at early adopters. But 5G will be everywhere soon and eventually it’ll replace the aging 4G networks that cover much of the globe. So it’s not surprising that 5G is coming to mid-range and budget devices. 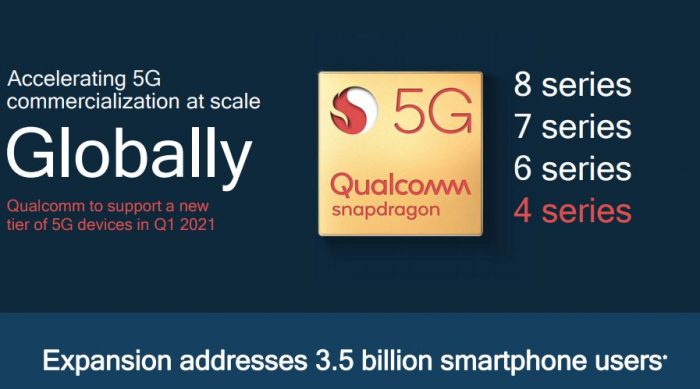 While Qualcomm doesn’t set the prices on phones that ship with its processors, these chips tend to be aimed at entry-level smartphones, which means we could see 5G phones in the $150 to $300 range early next year.

Qualcomm hasn’t shared any details about speeds or network support, so it’s unclear if its new chips will support both sub-6GHz and mmWave networks, or just the former.