Qualcomm is the latest company to throw its hat into the satellite connectivity space with the introduction of its Snapdragon Satellite solution for 2-way messaging from off-grid locations. It’s expected to be available on select next-gen Android phones sold in the US and Europe in the second half of 2023.

Unlike Apple’s satellite service, Qualcomm says its system isn’t for emergency-use only. You can also use it to send SMS and other text-based messages to keep in touch with friends, family, or colleagues whether you’re  camping, mountain climbing, at sea, or working in the field. 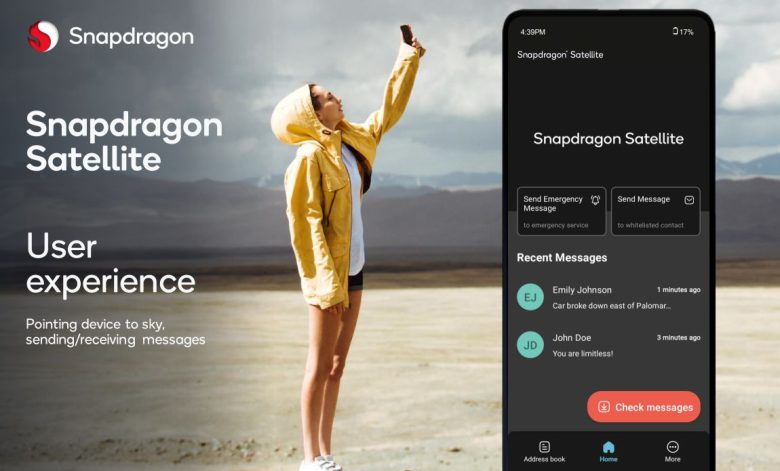 Qualcomm says the modem uses the same L-band 1GHz – to 2.1 GHz spectrum for satellite communications that it already uses to connect to satellite positioning services including Glonass, Galileo, and BDS.

At launch the service will be available for phones sold in North America and Europe, but eventually it could expand to other regions, and Qualcomm says the technology could also be used for laptops, tablets, cars, and IoT devices.

In order to connect to a satellite network, you’ll need to be outdoors with a view of the open sky. Then you can point your device so the back is facing up at the sky, and Qualcomm says it typically takes a few seconds to connect to the satellite network to send and receive a message. So don’t expect this to be a high-speed solution that you can use for voice or video calls, but it should provide a way to stay in touch. Of course, it could also be helpful in emergency situations.

But eventually Qualcomm hopes to add support for 5G NTN (non-terrestrial networks), which could allow for higher-speed satellite communications in the future.