While the first Windows 10 PCs powered by Qualcomm processors have received lackluster reviews, Qualcomm says it’s in the PC business for the long haul.

With that in mind, the company is unveiling a new chip designed specifically for PCs. It’s called the Qualcomm Snapdragon 850 and the company says it should offer a 30 percent boost in CPU and graphics performance over the Snapdragon 835 chip that powers the Asus NovaGo, HP Envy x2 and Lenovo Miix 630. The company is also promising better battery life and improved 4G LTE speeds.

Computers with Snapdragon 850 processors should hit the streets in time for the 2018 holiday season, and we’ll likely see some models announced this week during the Computex computer show. 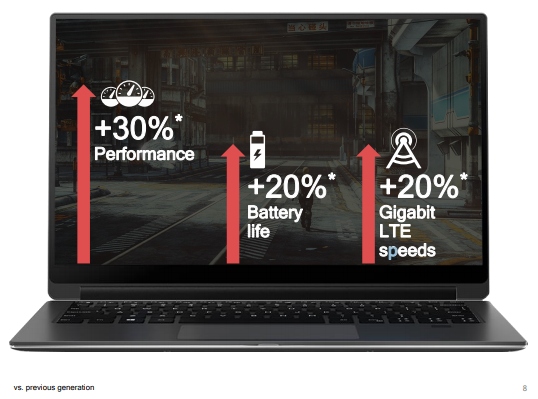 Like the Snapdragon 845, the new chip features Qualcomm Kryo 385 CPU cores, but instead of topping out at 2.8 GHz, they can run at up to 2.95 GHz. Qualcomm says that since this chip is designed for larger devices such as tablets and notebooks, the company was able to tweak the clock speed, thermal power management, and other features in order to offer better performance.

In addition to the performance boost, Qualcomm says the new chip offers support for HDR displays, 4K video encoding and decoding, Hi-Fi audio, and 4G LTE speeds up to 1.2 Gbps. 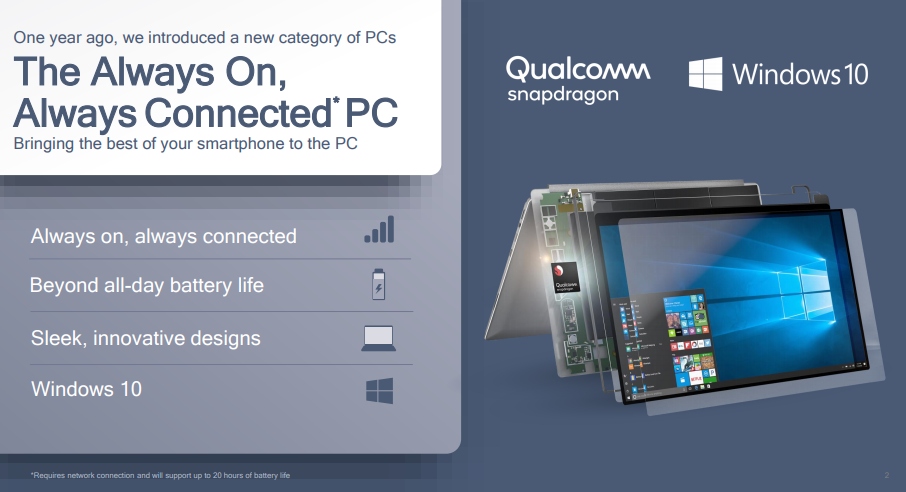 The argument for Snapdragon-powered PCs is that they should offer longer battery life, always-connected capabilities thanks to cellular data support, and thin, light, and fanless designs. But the three models released to date have a few things working against them: they’re kind of sluggish when running certain applications, some Windows software won’t run at all, and they’re kind of expensive, with prices starting at around $600.

The introduction of a new chip that brings a 30 percent performance boost could help tackle some of those issues. App compatibility will be up to Microsoft and software developers: Windows 10 on ARM still can’t support 64-bit x86 applications, but Microsoft did recently roll out an SDK that lets developers port those apps to ARM64 architecture. If enough developers do that (and at least some have already done so), you’ll find fewer and fewer apps that don’t run on Windows 10 devices with ARM processors. 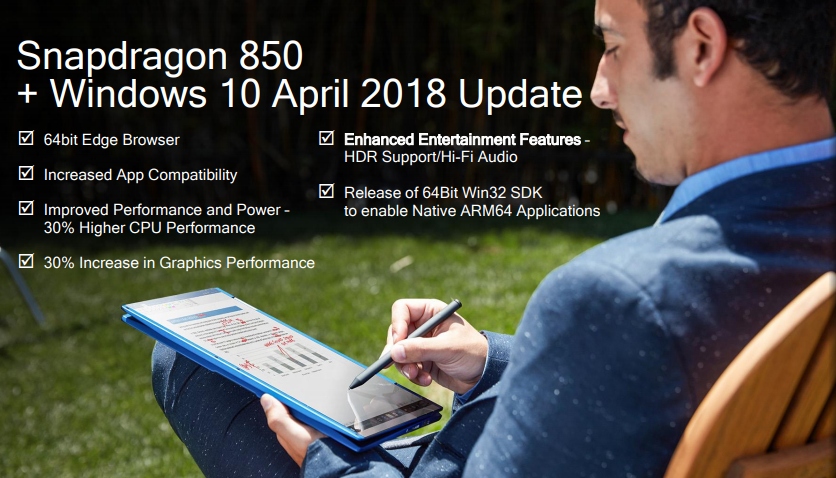 As for price, Qualcomm wouldn’t get into specifics, but a representative told me we should see new devices with Snapdragon 850 processors in a “range of prices,” suggesting we could see a mix of premium devices and more affordable models.

One thing Qualcomm isn’t focused on for now? Chromebooks. The company says the Snapdragon 850 processor is currently aimed at Windows 10 devices exclusively.