Qualcomm is throwing its hat in the 64-bit processor ring with two new ARM Cortex-A53 processors based on ARMv8 architecture. The Qualcomm Snapdragon 610 and Snapdragon 615 chips should be available by the end of 2014. 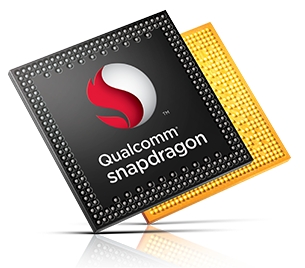 The chip maker says it will begin sampling the processors in the third quarter of the year, which means you could find them in phones and tablets by year’s end.

Both versions of the 28nm processor are based on the same Cortex-A53 design and both feature Qualcomm Adreno 405 graphics and Qualcomm’s 4G LTE modem. And both chips will also support 802.11ac WiFi.

The difference between the two chips is that the 610 will be a quad-core chip while the Snapdragon 615 is an octa-core processor, making it the first such chip from Qualcomm. While the company spent some time last year pointing out that having more CPU cores doesn’t always make for faster chips, I suppose if all other things are equal, the octa-core chip will probably outperform the quad-core version in some situations.

Qualcomm also recently announced it’s working on another ARM Cortex-A53 chip, the Snapdragon 410. While it’s based on the same architecture as the new Snapdragon chips, it features Adreno 306 graphics and will presumably be a somewhat lower-performance processor.