The Snapdragon G3x Handheld Development Kit features a 6.65 inch FHD+ OLED HDR display with a 120 Hz refresh rate, integrated game controllers, and Qualcomm’s gaming-centric processor. It’s designed to help game developers optimize their titles for the platform and it could also serve as a reference design for hardware companies looking to release their own handhelds. 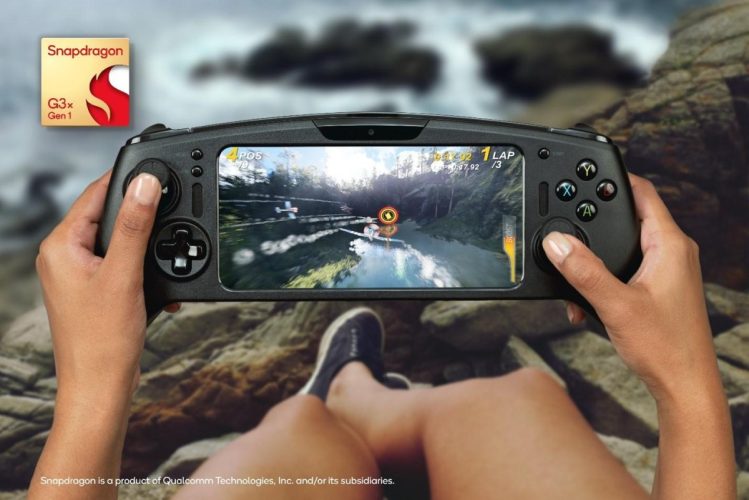 Qualcomm says the dev kit is optimized for playing android games and also for streaming games from cloud gaming services or from home consoles or PCs.

It also has a 5MP webcam with two microphones, allowing gamers to stream themselves in 1080p resolution at up to 60 frames per second, quad speakers, and support for WiFi 6E and 5G mmWave and sub-6Ghz mobile connections. 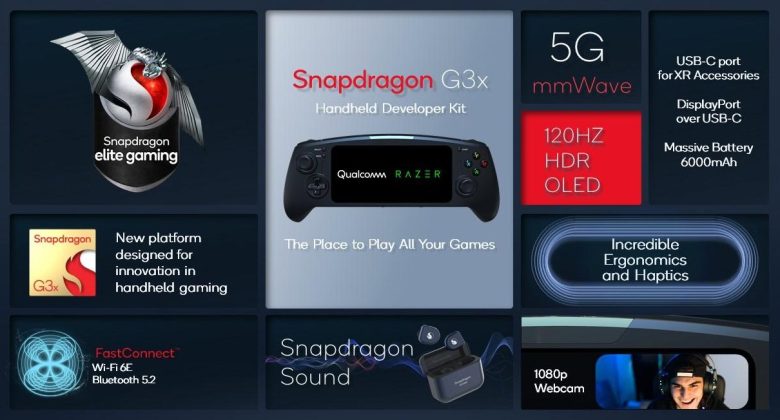 As for the Snapdragon G3x chip at the heart of the system, Qualcomm hasn’t provided extensive details yet, but the company notes that it supports 10-bit HDR gaming at up to 4K resolutions at 144 Hz, with features including support for variable rate shading, a haptics engine, and USB-C support “for future XR accessories,” suggesting that you might be able to connect a headset or other gear. 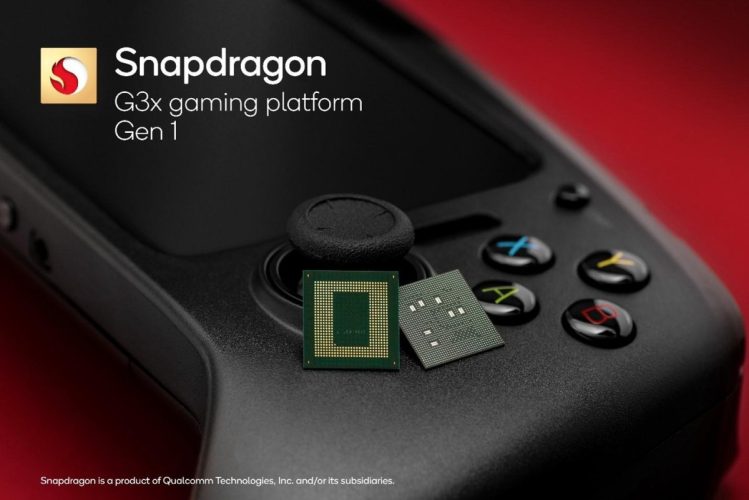 While Qualcomm’s first dev kit for the Snapdragon G3x processor will be a handheld, the company is also positioning the chip as a potential solution for set-top-boxes and other devices including micro game consoles.