Qualcomm’s upcoming Snapdragon 810 processor is a 64-bit, octa-core chip based on ARMv8 architecture and Adreno 430 graphics. The chip maker introduced the processor last year and it should begin shipping soon.

In fact, Qualcomm says there are more than 60 “premium tier mobile devices” using Snapdragon 810 chips on the way.

That includes hardware from LG, Xiaomi, and Motorola… but Samsung is notably absent from Qualcomm’s press release. 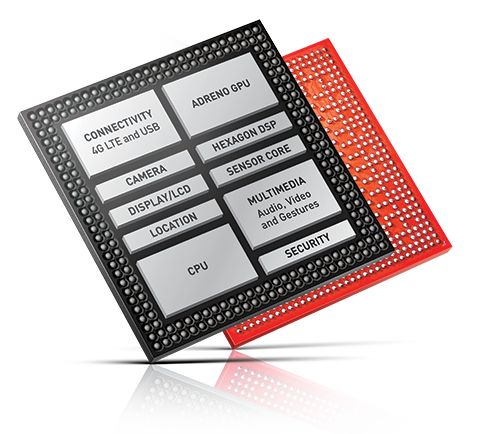 There have been rumors making the rounds for weeks that the Snapdragon 810 suffered from overheating issues — and that Samsung had decided not to use the chip in its next flagship smartphone.

So when Qualcomm announced its quarterly financial results and cut its outlook for the coming year in after a large customer decided not to use its new chip, plenty of industry watchers assumed Qualcomm was talking about Samsung.

The latest press release which includes quotes from officials at Motorola, Sony, LG, Xiaomi, Oppo, and Microsoft but not Samsung seems like further confirmation that the Samsung Galaxy S6 will not be using Qualcomm’s most recent processor.

Samsung makes it own line of Exynos processors, but for the past few years the company has offered at least some models of its flagship smartphones with Qualcomm chips inside.

Qualcomm is facing increased competition from low-cost chip makers including MediaTek, Rockchip, and Allwinner, but for the past few years Qualcomm processors have dominated the high-end smartphone space.