There are a bunch of high-end smartphones powered by Qualcomm’s Snapdragon 820 processor, but the chip maker thinks the CPU can also be used in other types of hardware.

So Qualcomm is introducing new reference designs for products that utilize the Snapdragon 820 chipset, including a Snapdragon VR820 VR headset and a 4K Ultra HD media box reference platform. 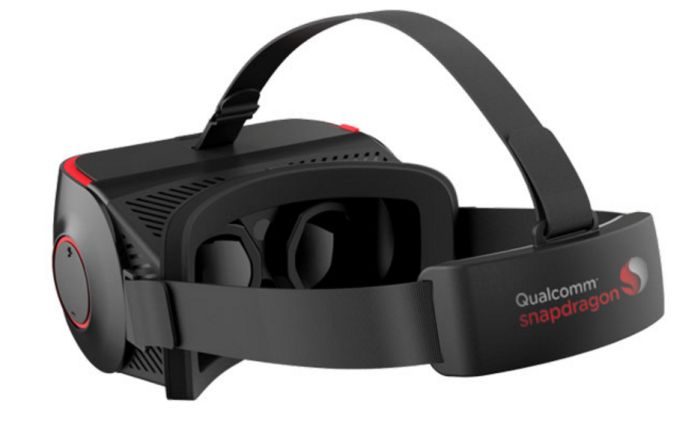 Technically any phone with a Snapdragon 820 chip can also be used as a virtual reality headset: just stuff it into a Google Cardboard or DayDream-style headset (or Samsung Galaxy Gear, if you have a supported model).

But the VR820 reference design is for a standalone head-mounted display, no phone required.

Qualcomm developed the reference platform in partnership with manufacturer Goertek, and its features include:

It’d be hard to get some of those features in a device that relied on you phone’s hardware.

As the name suggests, it can support 4K video output.

While Qualcomm’s processors have long been popular choices for phone makers, I’m not aware of many media boxes that use the company’s CPUs. The first-gen Amazon Fire TV was powered by a Snapdragon 600 processor, but Amazon chose a MediaTek 8173C chip for its 2nd-generation box.

In addition to its new TV box platform, Qualcomm has introduced a new QCA9379 wireless chip for media devices. It combines 802.11ac WiFi with MU-MIMO support and Bluetooth 4.2 onto a single chip.

When can you buy them?

You can’t. At least not yet… and not with the Qualcomm name on them.

Qualcomm is offering its head-mounted-display and media box reference designs up to manufacturers that want to customize the, and produce products based on the designs.