Remember when a quad-core processor was the mark of a top tier, expensive phone or tablet? That’s such a 2012 way to see the world. Not only can you pick up a Google Nexus 7 tablet with a quad-core NVIDIA Tegra 3 chip in the US for $199, but if you happen to be in the Philippines, you could soon pick up a Cherry Mobile Fusion Bolt with a quad-core CPU for $99. 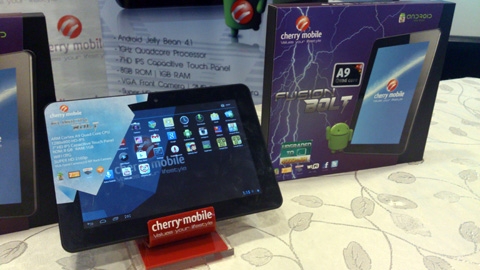 While that chip isn’t as speedy as the Nexus 7’s Tegra 3, it should be faster than anything you would have found in a $99 tablet a year or two ago.

Throwing extra processor cores into a chip doesn’t always result in faster performance, but it generally helps with multitasking capabilities, among other things.

If the tablet looks familiar, that’s because it appears to be a rebranded Ainol Novo 7 Venus tablet with a slightly slower processor.

According to YugaTech, the $99 tablet should go on sale in March.