The Blue Screen of Death (BSOD) has been a part of Windows since the beginning. When a Windows PC encounters a serious problem, the operating system can crash and bring up a blue screen and an error message that provides a few details about what happened… but those details are often pretty much indecipherable to the average computer user.

Now it looks like Microsoft may be taking steps to make BSOD errors a little easier to understand. 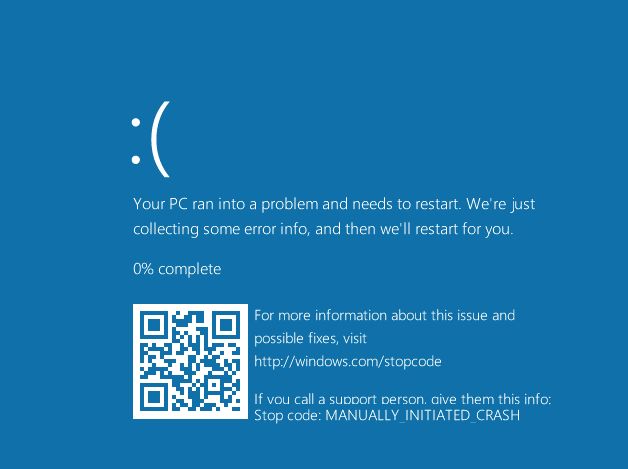 Some redditors have noticed that Windows 10 Insider Preview Build 14316 introduces a new feature: there’s a QR code on the BSOD. Scan it with your smartphone, and it should take you to a web page that attempts to explain why your computer crashed.

Right now the QR code on the BSOD seems to point to windows.com/stopcode, which just explains what the screen is (stop code is the official name for the blue screen). But if this feature is included in the Windows 10 Anniversary Update coming this summer, hopefully you’ll get a different QR code for each error that takes you to an appropriate web page.

Whether those pages will provide actionable information that can help you prevent the same thing from happening in the future remains to be seen.