Intel and AMD aren’t the only companies making x86 processors. A Chinese organization called Zhaoxin has been designing its own x86 chips for the past few years.

Up until recently those chips have only been available in computers designed for Chinese market. But now network attached storage company QNAP has introduced a NAS device powered by a Zhaoxin KaiXian KX-U6580 8-core processor called the QNAP TVS-675, and it’s expected to be available globally. 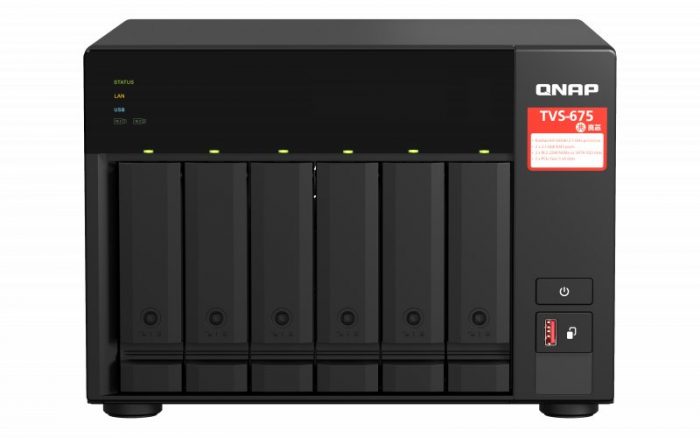 QNAP hasn’t announced pricing yet, but while QNAP makes hardware for both home users and enterprise customers, the TVS-675 is aimed at small businesses. So don’t expect it to be particularly cheap.

Still, it’s an interesting bit of hardware as it’s one of the first devices powered by a Zhaoxin processor to marketed to customers outside of China. And while the TVS-675 is positioned as a network attached storage device, like most modern NAS hardware, it’s basically a computer with a specialized (Linux-based) operating system and support for lots of storage.

QNAP typically uses ARM or Intel Celeron processors for its entry-level devices, and AMD Ryzen or Intel Core or Xeon chips for higher-priced, higher-performance products. But the TVS-675 is something a little different.

With a 2.5 GHz ZhaoXin KX-U6580 64-bit, octa-core processor and ZhaoXin C-960 Graphics, the computer supports hardware-accelerated video transcoding, and AES-NI encryption. It comes with 8GB of DDR4 memory, but supports up to a total of 64GB.

In terms of general performance, though, the chip isn’t exactly a speed demon. I haven’t seen a lot of real-world performance reviews, but according to Passmark, it delivers similar multi-core performance to a previous-gen Intel Celeron J4105 quad-core processor, but lags behind that low-power Celeron chip in single-core scores. 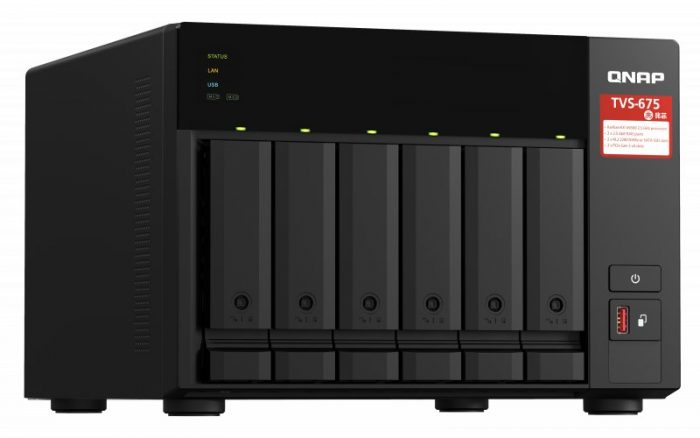 Most likely QNAP developed the TVS-675 for the Chinese market, where the government is encouraging corporate and government agencies to use home-grown technologies, but the company decided to make the hardware available globally in case customers elsewhere were interested.

via Tom’s Hardware and NAS Compares