Smartphone accessory maker Icon Q is launching its first actual phone. The Q5.5 is an Android smartphone with a 5.5 inch display, an octa-core processor, and a $199 price tag.

That’s the price for an unlocked model that should work on most GSM networks including AT&T and T-Mobile in the United States. 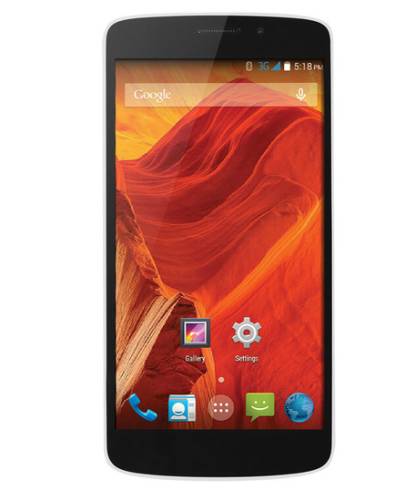 The price tag is probably the most noteworthy thing about the Q5.5, but the phone has reasonably decent specs for a budget-to-mid range device.

There are a few special features, including dual SIM card slots, a charging port that’s at the top of the phone rather than the bottom, and a user replaceable battery.

The Icon Q Q5.5 runs Android 4.4 KitKat software. While the phone should be able to support Android 5.x Lollipop, this is Icon Q’s first phone which means you can’t look at the company’s track record to see what kind of long-term support to expect.

That said, the Q5.5 does look like a decent alternative to a mid-range Chinese phone which might not work with American networks.