Linux computer maker Purism hopes to ship their smartphone in January, and the corporation has been providing updates about development of the upcoming Librem 5 smartphone periodically since launching a crowdfunding campaign last September (that campaign eventually raised more than $1.5 million through pre-orders).

In the latest Librem 5 update, Purism provides more details about that UI, along with plans to push it upstream for use as a GNOME mobile shell… which means it could be used on other phones running other GNU/Linux-based software.

Purism is also announcing a few changes to the design of the upcoming smartphone. 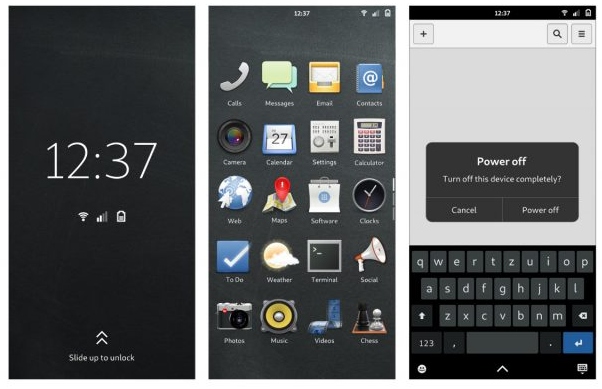 The Librem 5 was originally expected to feature a 5 inch display, but now Purism is planning to go with a 5.5 inch or 5.7 inch display with a 2:1 aspect ratio, which would result in a taller smartphone with more room for a large battery.

The corporation has also refined the design of the phone’s sides a bit, giving it chamfered edges rather than round ones, another move that Purism says makes more room inside the case for components… but which also gives the phone a slightly more distinctive look. 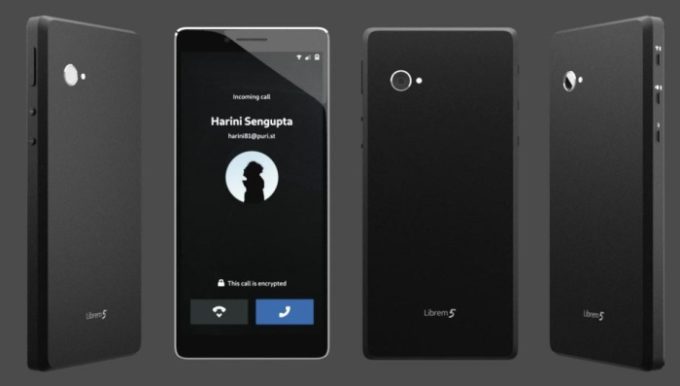 As for “phosh,” the new GNOME mobile shell, it currently includes many of the basic things you’d expect from a touch-friendly smartphone user interface including a lock screen, support for PIN-based unlocking, a home screen with icons for installed apps, a status bar with time, battery, audio, and network indicators, and a button bar with a home button. There’s also an on-screen keyboard for text input, and a modified contacts application, as well as an incoming call menu that lets you accept or decline a call.

The user interface is still a work in progress. It doesn’t yet support notifications or multitasking, but Purism says those features should be coming in “phase 2” of its development.

If you’re looking for something a bit further along, there’s always Ubuntu Touch or KDE Plasma Mobile. But it is interesting to see another alternative emerging.