It also ships with PureOS, a GNU/Linux distribution that emphasizes privacy, security, and free and open source software.

Pre-orders for the Librem Mini began in March, and now Purism says the little computer is ready to ship. It’s available for purchase for $699 and up. 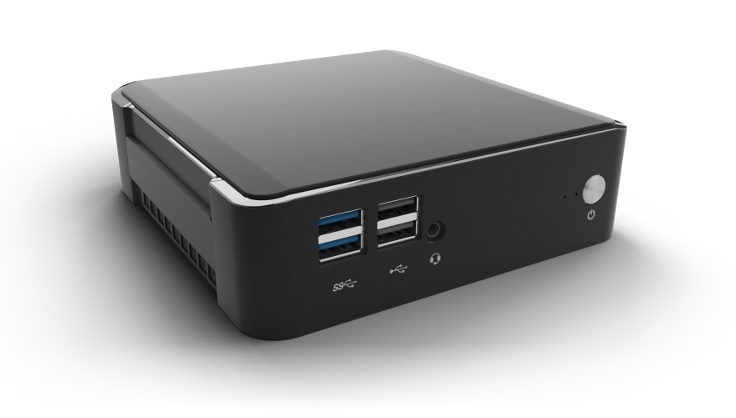 The starting price gets you a model with 8GB of DDR4-2400 RAM and a 250GB SATA SSD. But you can pay extra for additional memory and storage — the system has both an M.2 PCIe NVMe slot and a 2.5 inch drive bay and can be configured with up to 4TB of total storage.

One thing that’s not included in the starting price is a wireless module. You can pay $29 extra for a dual-band 802.11n WiFi and Bluetooth 4.0 module. While those wireless standards are a bit long in the tooth, Purism chooses its hardware based on the availability of free and open source software and firmware support. If that’s not the most important factor for you, then you can probably use a third-party wireless adapter.

If, on the other hand, software freedom is important to you, it’s worth noting that in addition to PureOS, the Librem Mini features the PureBoot, a BIOS replacement that disables most of the Intel Management Engine features while including its own trusted platform module and software for security purposes.

Update: The company fixed the fan speed control issue, so now all Librem Mini devices will ship with full support for active cooling enabled, there’s no need for a software update to enable that feature.

Purism isn’t the only Linux system builder offering a mini desktop. The System76 Meerkat and ZeReason Zini 1180 are basically Intel NUC computers that ship with Linux rather than Windows. But Purism’s Librem Mini stands out due to its open source bootloader and slightly less derivative design.