The Purism Librem 5 is one of only a handful of smartphones designed to run free and open source GNU/Linux distributions like Purism’s custom PureOS software. It’s also one of the most expensive, currently selling for $899.

But it’s going to get even more expensive soon. In a move foreshadowed earlier this year, Purism recently announced that prices will go up this fall due at least in part to rising supply chain costs due to the global chip shortage. Customers who place an order after November 1, 2021 will have to pay $1199. And in March, 2022 the price will go up to $1299. 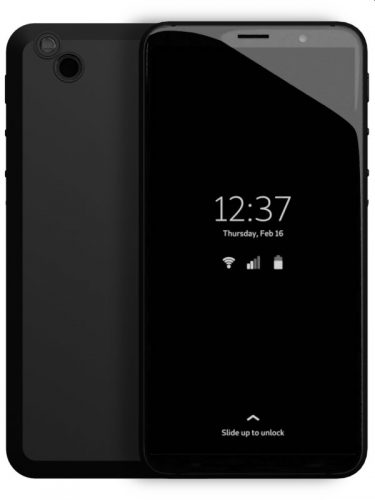 By comparison, the cheapest Linux phone on the market is Pine64’s PinePhone, which sells for $150 to $200 depending on the configuration.

Today you can buy 6 PinePhones for the price of one Librem 5. Soon a Librem 5 will cost as much as about 9 PinePhones.

To be fair, the Librem 5 does have a slightly more powerful processor and better graphics than the PinePhone. The cameras are also better. But with a 1.5 GHz ARM-Cortex-A53 quad-core processor, 3GB of RAM, and 32GB of eMMC storage, it’s not exactly competitive with other phones in its price range.

Purism has been a leading innovator in the Linux phone space though. The company, which has been making Linux laptops since 2015 or so, and first announced plans to develop a Linux phone just a few years after that. It wasn’t until late 2020 that the phone finally started shipping though, and some early customers still haven’t received their Librem 5 phones yet.

From a software standpoint, Purism developed the mobile-friendly Phosh user interface that’s now used by a number of mobile Linux distributions including Arch, Manjaro, Fedora, Mobian, openSUSE, and the company’s own PureOS.

So you could certainly make the case that buying a Librem 5 isn’t just an investment in a smartphone with mediocre specs and work-in-progress software, but also an investment in the development of Linux for phones overall. But with prices going as high as $1299 in the coming months, it’s a major investment.

That said, if you’ve got even more money burning a hole in your pocket you can currently order a Librem 5 USA edition smartphone for $1,999 and receive a phone within two months. That model has the same specs as the normal Librem 5, but it’s manufactured in the United States and Purism promises tighter security thanks to a “secure supply chain.”