Purism is expanding its line of Linux-based computers with an emphasis on security, privacy, and open source software. The company’s new Librem 10 is a Linux-based tablet with a 10 inch display and a starting price of $599, while the Librem 11 is a higher-powered model with a bigger screen and a starting price of $999 for early backers of an Indiegogo crowdfunding campaign.

Both tablets are expected to ship starting in September. 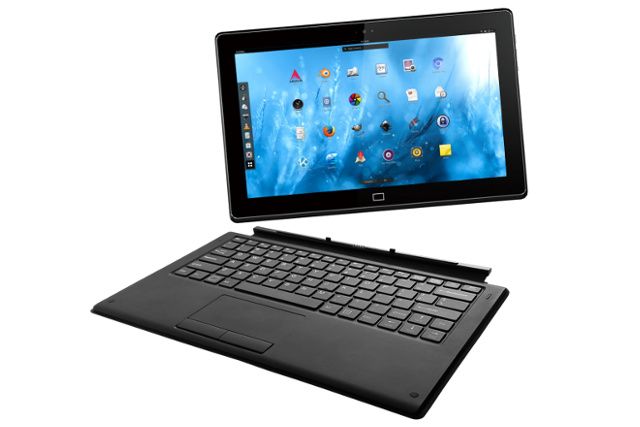 The Librem 11 will be available with a detachable keyboard dock, allowing you to use the tablet like a notebook.

Both tablets run Purism’s PureOS 3.0 operating system, which is based on Debian, but users can also opt to install QubesOS, an open source operating system focused on security. But the smaller, cheaper model features an Intel Atom chip, while the 11 inch version has a more powerful Core M processor.

Purism has been running crowdfunding campaigns for Linux-based laptops for a few years, but the company has sort of shifted its sales pitch a bit in the past year or so. Instead of promising a completely open experience (since the BIOS typically uses proprietary blobs), the company is instead focusing on privacy.

One of the most unusual features of the Librem 10 and Librem 11 tablets will be “privacy kill switches,” which are hardware buttons that will disconnect the webcam, microphone, WiFi, and Bluetooth.

Those features don’t come cheap though: once the crowdfunding campaign ends, Purism expects the full retail price of the Librem 11 to be $1299.

Update: The crowdfunding campaign is live, and now we have a few more details.

4 replies on “Purism introduces privacy-focused, Linux tablets for $599 and up”