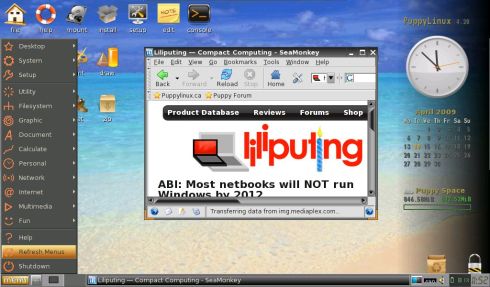 via Eee PC it Runs on Linux and WegianWarrior