There are a lot of things you can do with a modern smartphone. It’s a portable media player, a web browsing tool, a social media madness machine, a text messaging utility, and I suppose you could use it to make phone calls from time to time… but who does that anymore?

Punkt is banking o the idea that somebody wants a phone that’s designed first and foremost to make calls. Because that’s what the company’s new Punkt MP02 4G mobile phone is designed for.

It’s a compact phone with a small screen, a physical keypad, a simple user interface, and support for just a few features including phone calls, text messages, and mobile hotspot functionality.

But it’s also got a few nifty features that might help justify the Punk MP02’s $350 price tag. 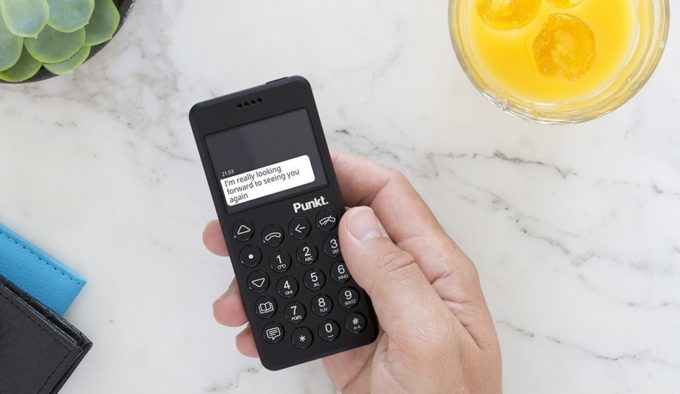 For less than that price you could pick up an Essential PH-1 smartphone with significantly better specs and far more features. But the point of the MP02 is to offer fewer features rather than more.

This isn’t a phone designed for Snapchatting, gaming, or photography. It’s designed for making phone calls… and a few other things.

The MP02 features BlackBerry Secure software, a black an white sunlight readable display, support for 4G LTE networks. You can use it to make Voice over LTE phone calls, and the phone can also serve as a mobile hotspot that connects to your other gadgets by WiFi, Bluetooth, or USB.

It measures 4.6″ x 2″ x 0.6″ and weighs just 3.5 ounces. The phone has a polycarbonate case with a textured coating, and anodized aluminum power button (and SIM card tray), and backlit number, call, and arrow keys on the front, plus a few other special function keys.

Above the keypad there’s a 2 inch, 320 x 240 pixel transflective, high contrast display with Gorilla Glass 3 and a fingerprint-resistant coating.

There’s a front speaker for handheld use and a 1.5 watt rear speaker for hands-free use. The phone also has a vibration motor, and front and rear microphones (the one on the back of the phone is used for noise cancellation). 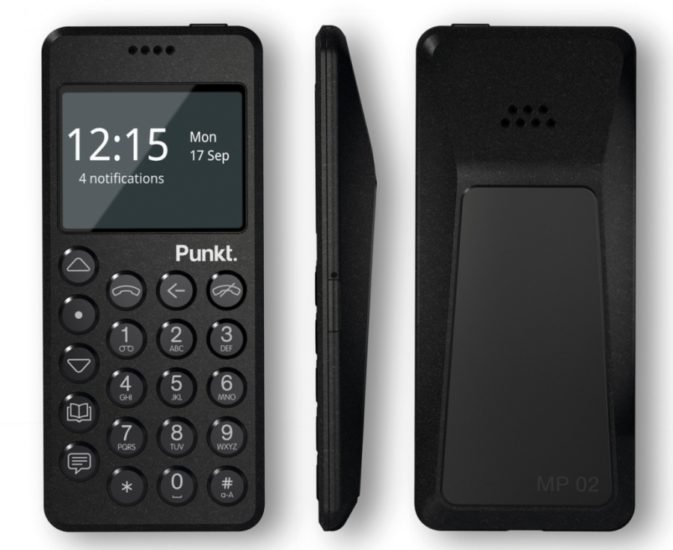 The device is powered by a Qualcomm Snapdragon 210 processor, 2GB of LPDDR3 memory, and 16GB of eMMC 4.5 storage. It has a 1,280 mAh battery that the company says offers up to 4.2 hours of talk time or up to 12.5 days of standby time. And the phone charges via a USB 2.0 Type-C connector.

Despite the simplified user interface, the MP02 is actually running an operating system based on Android 8.1. While I suspect most Android apps would run poorly on this device, if they run at all, that does open the door to the possibility of running third-party apps on this device.

Out of the box, it supports phone calls, text messaging (with predictive text support), and a few other core applications including Clock, Calculator, Calendar, Notes, and Contacts apps.