Swiss consumer electronics and design company Punkt has been selling a line of simple phones with barebones design and features for a few years. But it turns out that before building the Punkt MP01 and MP02 mobile phones, the company designed an Android smartphone with a QWERTY keyboard… but decided against manufacturing and selling it.

Now we have an idea of what it would have looked like though, thanks to CrackBerry’s Kevin Michaluk, who had a chance to go hands-on with a protype of the Punkt MC01 Legend. 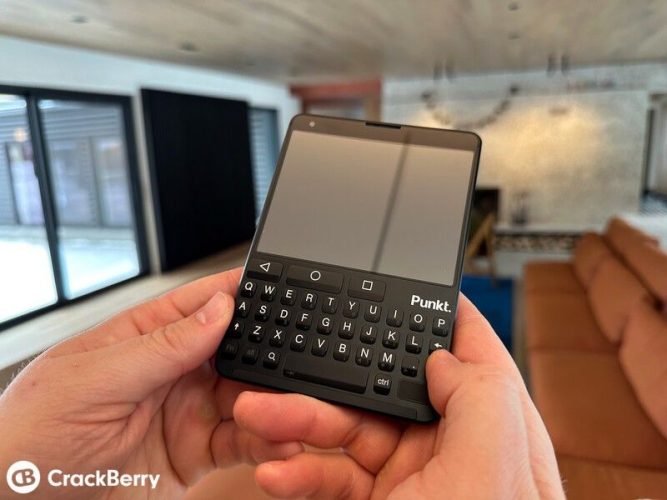 The prototype was built in 2015 at a time when the writing was already on the wall: the market for phones with QWERTY keyboards was virtually non-existent.

BlackBerry’s market share had already shrunk substantially and the company whose name had been synonymous with QWERTY phones was starting to pivot from BlackBerry OS to Android (and soon began outsourcing production of BlackBerry-branded phones to other companies before getting out of the phone business altogether).

And other Android phone makers had largely given up on keyboards by then.

But Punkt founder Petter Neby tells Michaluk that’s not the reason the company never released the phone – it’s not like a niche player like Punkt needs to sell millions of devices to be successful. I doubt they sell millions of MP series phones. 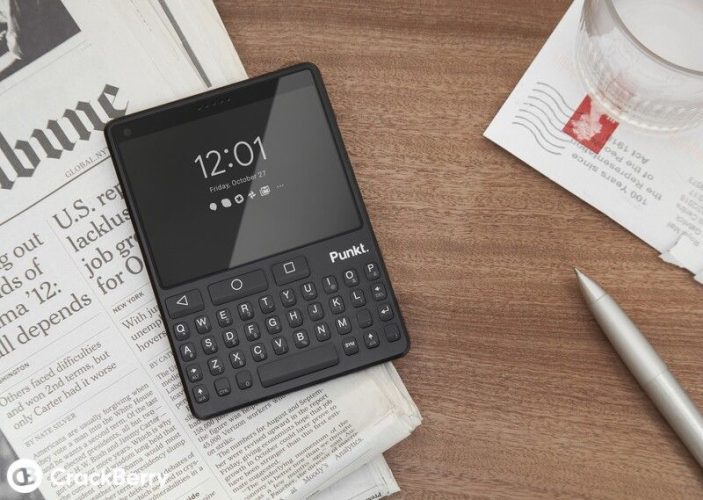 Instead, the company never really surmounted a few software problems related to Android. The first is that Android doesn’t play well with displays that have what appears to be a 4:3 aspect ratio like the Punkt MC01.

The second is that Punkt wanted to prioritize user privacy… which means that while the company could install Google’s open source Android operating system on a phone like the Punkt MC01, Punkt didn’t want to ship a phone that uses Google Mobile Services that allow Google to collect user data. And that would mean shipping a smartphone that doesn’t run the Google Play Store… which would make the phone a lot less useful for most customers.

While it’s unusual for a smartphone maker to prioritize privacy over convenience and/or market share, it’s not exactly unheard of. Companies that make Linux-friendly phones like the PinePhone and Librem 5 don’t just ship hardware without Android, but they also included hardware kill switches that let you disable the microphone, camera, and wireless capabilities. And Michaluk says Punkt had also been working on a version of the MC01 that would have had similar hardware kill switches.

So rather than release a phone running Android, Punkt shifted gears and started working on a series of mobile phones without the “smart” features, while incorporating some of the design ideas it had developed for the shelved smartphone.

Michaluk reports that the company that developed the operating system for the Punkt MP02 is also working on a privacy-focused smartphone operating system. That company is called Apostrophy, and it sounds like they’re planning to launch their operating system sometime next year… because Punkt says it plans to launch a touchscreen phone running Aphy OS by the end of 2023.

And maybe if that goes well, the company will eventually bring the MC01 or another phone with a keyboard to market.

You can find more photos and additional details about the MC01 at the recently back-from-the-nearly-dead CrackBerry.