I can still remember the first time I bought a digital camera. I loved the idea of never having to take my film roll in to get printed again. That part was always such a pain. Even as a kid, I preferred the instant gratification of a Polaroid. These days, I miss the charm of having physical copies of my pictures to share with others.

Prynt is a smartphone case with a built-in printer that combines the technology of digital photography with the aesthetic of analog photography by letting you print your photos right away. You can have it both ways. 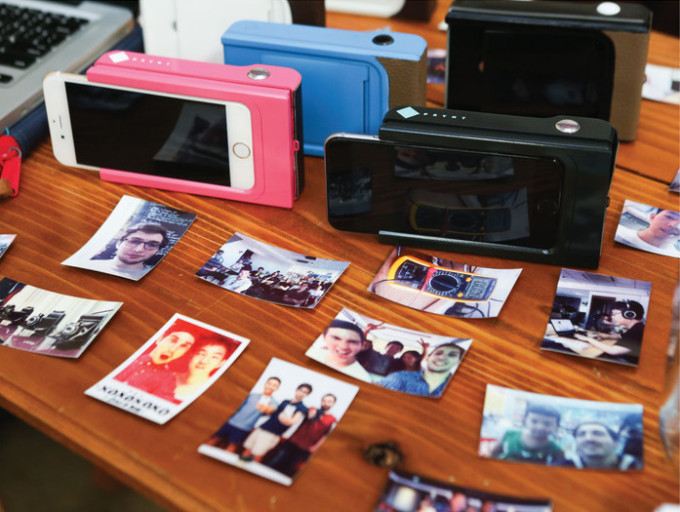 Prynt is holding a Kickstarter campaign to help fund mass production. With the early bird options all gone, you can still pre-order the Prynt smartphone case for $99. It is expected to ship between August and October of 2015.

This is not so much of a smartphone case as it is a fun gadget that you can attach to your phone. It is just too big to be practical as a case. However, it looks like it will be small enough to toss into a backpack or purse.

It does attach to your smartphone like a case. Users slip their device into the Prynt and snap it in place. Then, the phone becomes a camera. Using the free app, designed for both Android and iOS, users can snap and print pictures instantly.

The case includes a mini photo printer. Paper is stored in the back of the case and, when ready, will print out the image you choose.

Additionally, the Prynt app is designed to feature an added surprise that no Polaroid could ever do. From the developers’ description, you will be able to take a five-second video. Then select a frame from the video to print. Once printed, you will be able to watch the photo come to life by holding it up to the smartphone within the app.

The current design of the Prynt case is expected to fit the Samsung Galaxy S4 and S5, as well as the iPhone 5, 5c, 5s, and 6. The developers plan to add more device compatibility in the future.

Prynt isn’t the first company to offer instant printing on the go. In fact, Polaroid recently launched its own SocialMatic camera with Google Android software. But Polaroid’s solution sells for $300 and doesn’t physically attach to your smartphone.

On the other hand it will ship a lot sooner. According to Amazon, the Socialmatic should hit the streets February 1st.

Speaking of Amazon, you might be able to save some money on ZINK photo paper if you buy it from Amazon, where a 100-pack of sheets goes for $30. Prynt is asking for $25 for 50 sheets.