Dell has a history of offering laptop and desktop computers with Ubuntu Linux. Some of the earliest Dell netbooks shipped with Ubuntu. But Dell recently pulled out of the netbook space altogether, and the company doesn’t currently have any thin and light Linux-powered laptops for sale.

But that could change later this year. 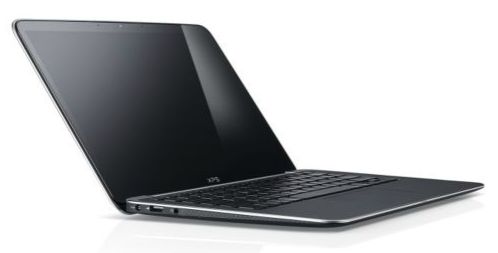 Dell has announced a 6 month effort to explore the possibility of releasing a laptop aimed at developers. The effort is called Project Sputnik, and right now it’s still in the planning stages. But if everything goes smoothly, you may be able to buy an Ubuntu ultrabook from Dell before the end of the year.

Right now Dell is focusing on getting the Dell XPS 13 ultrabook and Ubuntu 12.04 LTS to play nicely. There’s already an install image available for the laptop which includes the Ubuntu operating system, hardware drivers and patches, and other utilities.

Unfortunately the touchpad drivers are still a bit flaky. There’s no palm rejection or support for gestures such as two-finger scrolling, pinch, zoom, or flick.

But Dell is working on those issues. And the company hasn’t even verified that the final fruits of Project Sputnik would be based on an XPS 13. By the time Dell is ready to ship an Ubuntu ultrabook, the company may have a new laptop that’s better suited for the task.

I suspect if Dell does decide to sell a developer notebook later this year it will still be based on Ubuntu 12.04 even if it ships after Ubuntu 12.10 is available. The recently released version of Ubuntu is an LTS, or Long Term Support release which means that while the group that makes Ubuntu releases a new version every six months, if you want to make sure the software you’re running will be supported for a few years, and LTS edition is probably the way to go.

4 replies on “Project Sputnik: Dell may release an Ubuntu-powered ultrabook”