Microsoft sort of tried to reinvent the Windows app a few years ago by introducing Universal Windows Platform apps designed to run across a range of devices including PCs, phones, Xbox consoles, and Hololens. The concept hasn’t been a runaway success story, and many developers have continued to stick with the old-fashioned Win32 application platform.

Now Microsoft is trying to bring Win32 and UWP back under the same umbrella again with something called Project Reunion.

While it’s really aimed at developers rather than casual users, it could have implications for the future of all applications that you run on Windows devices. 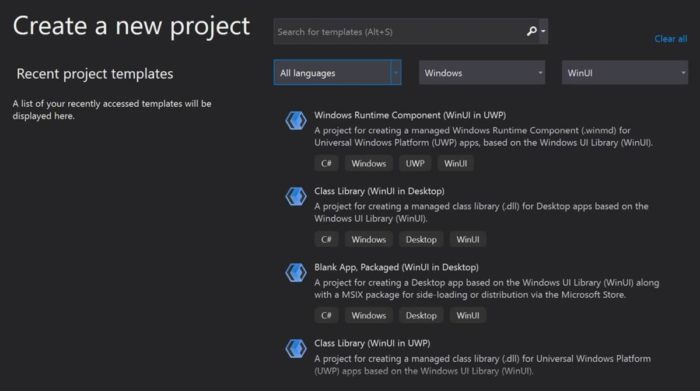 In a nutshell, the idea is to put all of the APIs for Win32, UWP, and packaged apps together into a set of common tools that can be used to update existing apps or create new ones using tools that will be uncoupled from the Windows operating system.

Microsoft says developers will be able to target a billion PC users with a single set of libraries this way, not just those running the latest versions of Windows. But now that Windows 10 Mobile is dead, it doesn’t seem like the company is targeting devices that aren’t computers in the traditional sense. Tablets, laptops, desktops? Sure. But phones or AR glasses? Not so much.

For PC users though, if things work out, eventually there may not be a distinction between UWP and Win32. Microsoft has already started referring to new apps as simply “Windows apps.”

One of the first parts of Project Union to arrive is the new WinUI 3 Preview 1, a new user interface framework that Microsoft says developers can use for both UWP and Desktop applications. Apps that make use of the new user interface framework will be able to scale across PCs with diffferent screen sizes and shapes, and take advantage of updated features (including WebView 2 updates with support for high-DPI displays and window resizing).