It wouldn’t be the consumer electronics show of Razer didn’t show up with a flashy concept device that may or may not ever come to market. This year it’s the Project Linda laptop dock for the company’s Razer smartphone.

At first glance, Project Linda looks like a laptop. But peer a little closer and you’ll notice something funny about the touchpad: it’s a Razer phone.

Just drop the phone into the space below the keyboard and press the docking button to slide a USB connector into the tablet, and you’ll be able to charge your phone, see your apps on the big screen, and generally act like you’re using a notebook rather than a smartphone. When you want to switch back to phone mode, just press the dock button again to release the phone, pick it up and go about your day. 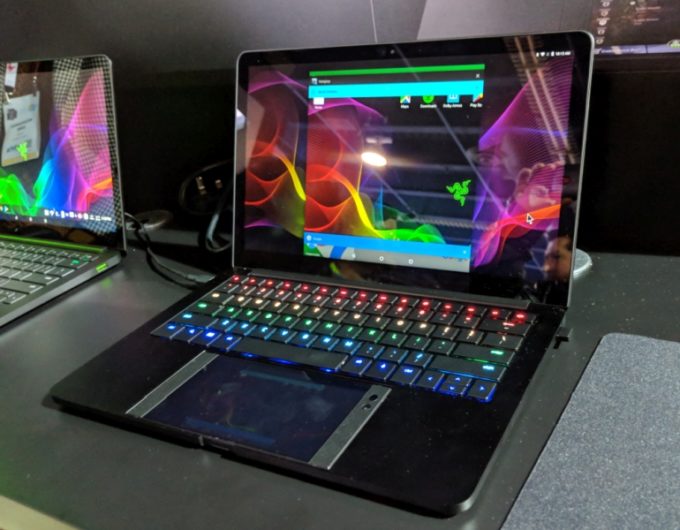 Razer is showing off functional prototypes at the Consumer Electronics Show, but the company hasn’t announced a price, release date, or even firm plans to bring the Project Linda dock to market.

But in my hands-on demo, I found the concept to be pretty impressive. It’s not the first laptop dock for smartphones we’ve seen. Motorola introduced one 7 years ago, but it never really caught on. HP tried again with a Lap Dock for the Elite x3 smartphones, but it’s a an evolutionary dead end, thanks to its Windows 10 Mobile software. And we’ve seen several crowdfunding projects aiming to bring next-gen docks to market.

Razer’s concept is one of the most impressive I’ve seen. It basically looks like a high-end Razer laptop complete with RBG backlit keys, a 13.3 inch quad HD display, and a relatively compact design: the dock weighs about 2.75 pounds.

It has a USB Type-C port for charging or accessories, a USB Type-A port for connecting peripherals, a 3.5mm audio jack for headphones, a dual-array mic, and a 720p webcam. It also has around 200GB of built-in storage.

There’s a 54 Wh battery that can charge the phone while it’s docked. Razer says it doesn’t have detailed battery life estimates yet, but basically the Project Linda battery is big enough to fully charge a phone about 3 times.

In most of the demos Razer is showing off, the big screen is basically a mirror of the phone’s smaller display. When docked you can touch the phone screen to move a cursor on both displays, interacting with Android apps on a larger display.

Using Sentio Desktop software, you can get a desktop-like experience with a taskbar, desktop, and start menu. Or you can use a more typical Android interface if that’s what you’re more comfortable with.

Razer says the phone could also be used as a secondary display, giving you access to a color picker or other tools when using a photo editor, for example. Or it could show your contact list while you’re composing an email on the larger screen. I didn’t get a chance to test the dual-screen mode, but the company is showing off the concept on a demo unit hidden in a glass case. 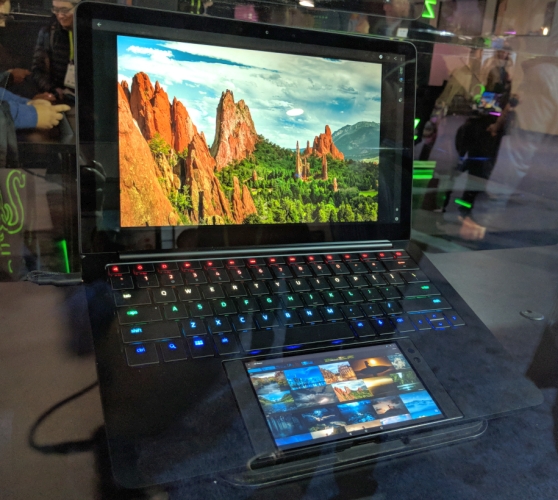 While you can use Project Linda to interact with Android games on a larger screen, you can also stream games over the internet. Razer is using the recently-launched Shadow game streaming service as an example of the technology. And if you want to run Windows applications you can always use remote desktop software to login to another PC or a virtual system… assuming you’ve got a decent internet connection. It’s not quite the same as running full-blown Windows apps natively, but it could work in some situations.

Overall we’re at a point where phones are powerful enough to run a wide range of software that used to be confined to desktop and laptop computers. So maybe it’s unsurprising that multiple companies seem to think the time for smartphone laptop docks has come. After all, we’re starting to see Windows computers with processors that had previously been confined to smartphones.

It would be capable of running a wider range of software. It would probably offer better performance. And you wouldn’t need to press a button to undock your phone before you could pick up your handset and take a phone call. 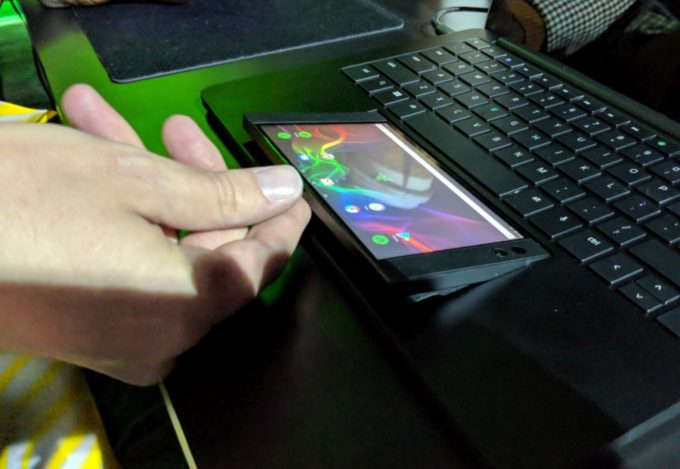 But for the right price, a 2-in-1 device like the Razer phone with Project Linda could be appealing. There are mobile versions of popular desktop applications such as Word, Excel, and PowerPoint that work nicely in either phone or laptop modes. Web surfing and video playback are generally more pleasant on a large screen. And I don’t know about you, but I type a lot faster on a full-sized keyboard than on a smartphone screen.

I’m not sure I’d want to replace my laptop with a laptop dock. But in some situations where I don’t plan to do heavy-duty tasks like video editing on the go, a Project Linda style device might be all I need.

Razer uses events like CES to gauge interest and solicit feedback on some of its concepts. So we’ll probably learn later this year whether Project Linda will ever go on sale. Razer’s 3-screen gaming laptop from CES 2017 never did, and neither did the company’s modular “Project Christine” computer from 2014.  But the Razer Nabu activity tracker and Edge Pro gaming tablet which made their debuts as concepts of CES past did eventually become real things that you could spend money on (for better or worse).