People have been building and installing custom ROMs on Android phones for almost as long as there have been Android phones. But over the past few years we’ve also seen the rise of GNU/Linux-based operating systems including Ubuntu Touch, Sailfish OS, Mer, and Plasma Mobile that are capable of running on hardware that would normally be used for Android phones.

So far, these projects have mostly been developed independently of one another. But now there’s a new effort called Project Halium which is designed to create a single base that can be used to get any non-Android operating system to run on Android-compatible hardware. 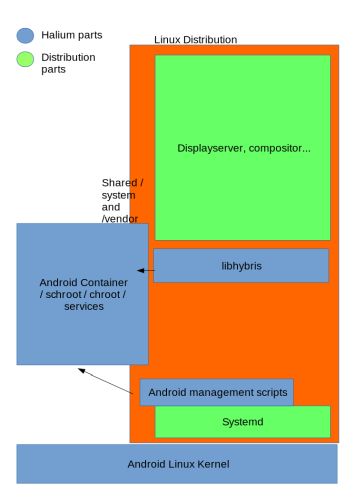 In slightly simpler terms, the Android HAL allows the operating system to communicate with the proprietary bits of a phone’s hardware, the Linux kernel includes source code provided by phone makers to ensure that everything runs, and libhybris brings Android libraries to Linux-based operating systems.

By standardizing these things, as well as audio, video, camera, GPS, and display features, Project Halium could make it simpler for developers to create new Linux-based ROMs for smartphones.