As expected, Google is launching its own wireless network called Project Fi. And as expected, it’s designed as a way for Google to explore new ways to deliver voice and data.

Project Fi uses both WiFi and 4G LTE so that your phone will take advantage of the wireless network best suited to the task when you’re making a call or connecting to the internet. 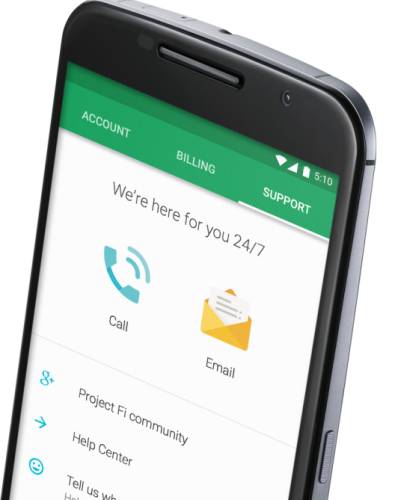 How much does it cost?

Project Fi prices start at $20 per month for talk, text, WiFi tethering, and international calling in more than 120 countries. Need to use cellular data? It’s available in increments of $10 per GB. But Google will pay you back for unused data.

For example, if you pay $40 for basic service plus 2GB of data, but only use 500MB, Google will credit $15GB to your next month’s bill.

If you exceed the amount of data you sign up for, Google will simply charge you the same $10 per GB rate. Go over by 500MB and Google will add $5 to your bill.

Phone calls and text message sent over WiFi are free if you’re roaming in one of the 120+ supported countries, while calls placed over a cellular network will be billed at $0.20 per minute. You can also use data in those countries without paying extra… but speeds may be severely restricted.

There’s no annual service contract, so you can leave Project Fi at any time without paying any termination fees. At least during the Early Access Program there are also no family plan discounts.

Here’s the catch (sort of): Project Fi will be a very limited service at launch. You’ll need a Google Nexus 6 smartphone to sign up, and you’ll need to request an invitation for the Project Fi Early Access program.

Coverage is also limited to North America for now, with best coverage in the United States.

Google says the Nexus 6 is the first smartphone to support Project Fi multi-network SIM cards. So while the company isn’t ruling out the possibility of expanding its network to work with additional phones in the future, it’s unclear if any existing handsets will be supported.

During the “Early Access Program” the Nexus 6 will be the only phone that’s supported though.

Existing Nexus 6 owners can simply opt for a free SIM card which can be popped into their phone.

How does it work?

Google has partnered with Sprint and T-Mobile to deliver 4G cellular service: your phone will automatically connect to whichever network is stronger.

But when you’re at home, work, or another location where WiFi is available your phone will use that network instead. And Project Fi can automatically connect to more than a million free, open WiFi hotspots across the US.

Say you make a call over WiFi and you want to keep talking when you leave the hotspot? Project Fi should seamlessly move the call to a cellular network so that there’s no interruption.

Want to take a phone call on your laptop or tablet? Project Fi uses a Google Voice-like system for managing your phone number. You can associate a single number with multiple devices. This lets you make calls or send text messages from nearly any phone as well as from other types of computers.

Google says the multi-device feature is managed through Google Hangouts, and it’s opt-in.

Oh, and unlike most Google services, this one comes with support: Google says Project Fi subscriptions include 24/7 support.