Google will take another crack at the living room this fall with the launch of Android TV, a new version of Android for smart TVs and TV boxes. But Chinese device makers aren’t waiting for Android TV. They’ve been offering small, cheap TV boxes running Android for a few years.

These boxes typically have the same software you’d run on an Android phone or tablet with a few tweaks to make the operating system a little more TV-friendly. But the best of these Android boxes also come with remote controls that help you run apps designed for touchscreens on a TV.

Last year I tested one of these little Android devices called the Probox2. Now the company is back with a new model called the Probox2 EX. It’s faster, has newer software, and comes with a wireless remote control that also functions as a game controller. 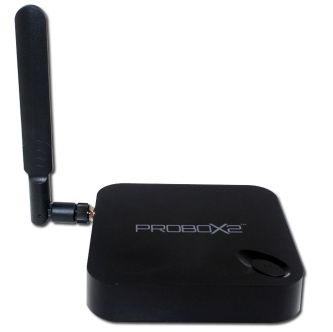 The Probox2 EX should ship in August, and W2Comp is taking pre-orders for $150.

What you get for that price is a TV box with an Amlogic S802-H quad-core processor, ARM Mali-450 graphics, 4K video support, 2GB of RAM, and 16GB of storage.

So far it sounds a lot like other, cheaper devices including the Tronsmart Vega S89 or Minix Neo X8. The one feature which probably does the most to distinguish the Probox2 EX is the remote control called the Remote+.

The remote has the usual Android buttons including home and back buttons, arrow keys and volume buttons. You can also use it as an air mouse thanks to motion sensors. But it also has a built-in mic for voice commands and when you turn the remote sidewise you’ll note that it looks a lot like a video game controller, complete with a D-pad and Y, X, B, A buttons.

Does that make the Probox2 EX worth the $150 asking price when you can get an Amazon Fire TV and Game Controller for $10 less? I suppose that depends on what you plan to do with your Android-powered device. 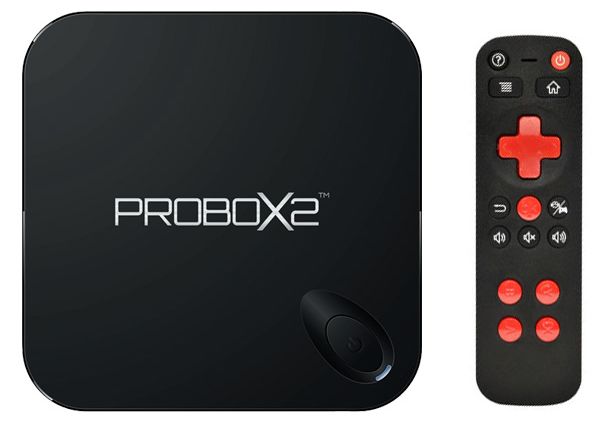 The advantage to a Probox2 EX is that it’s not locked into Amazon’s ecosystem which means you can run just about any Android app on it. On the other hand, you’re still left with a device running an operating system designed for smartphones and tablets… albeit one with a TV-friendly app launcher.