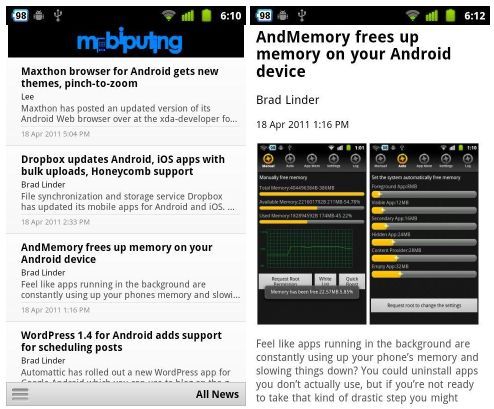 You can always find the latest news and reviews on mobile apps by visiting Mobiputing.com in a desktop browser or mobile browser. Now after spending a year covering mobile apps, Mobiputing finally has one of its own. You can download out first Android app from the Android Market. An iPhone version is coming soon. And don’t worry, a Liliputing mobile app isn’t too far off.

Here’s a roundup of some of the week’s other exciting stories from Mobiputing: