While Puppy has been around for years, a new version hit the streets in 2012 called Precise Puppy. It’s based on Ubuntu 12.04 which means that pretty much any app that can run on Ubuntu can run on Puppy. All you have to do is download and install the .deb package. 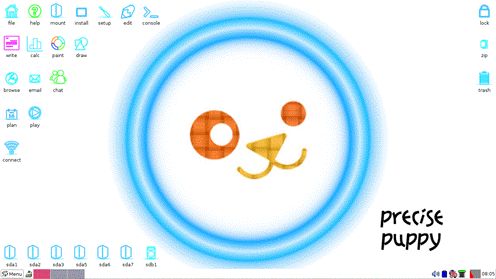 That means it should be much easier to find software that can run on Precise Puppy than some earlier versions of the operating system, since Ubuntu is one of the most popular Linux distributions around. Many of those apps are also available from a built-in package manager.

While software compatibility is improved, you still get some of the advantages of Puppy including small size, a light-weight desktop environment, and support for older and slower hardware.

5 replies on “Precise Puppy: Light-weight Linux based on Ubuntu”