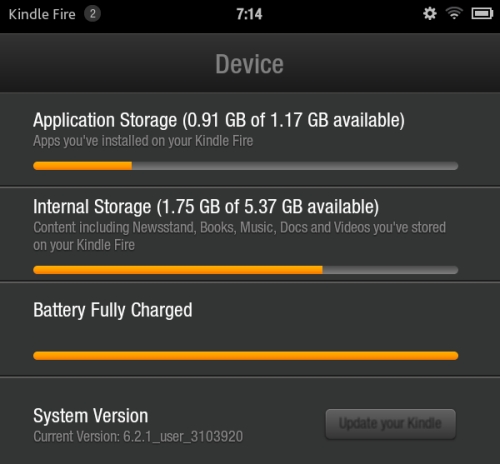 This week Amazon pushed out a software update for the Kindle Fire. That’s good news if you were hoping for speedier performance, the ability to remove recently used items from the carousel on the home screen, and the ability to keep your kids from connecting to WiFi without a password.

But if you’ve rooted the tablet, installed the Android Market, replaced the default keyboard app, or made other changes to the software that comes with the tablet (but haven’t installed CyanogenMod 7 or another operating system), then the 6.2.1 software update is bad news. It removes root, removes the Android Market, and makes it tougher to re-root the Kindle Fire.

Fortunately there’s help for those that want the best of both worlds.

Xda-developers forum member eldarerathis has put together a pre-rooted version of the stock Kindle Fire 6.2.1 software. You can flash it easily, and relatively safely using the TWRP 2.0 recovery tool. 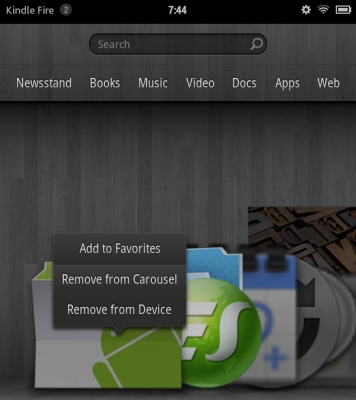 You get all the new features in the new software such as the ability to customize your home screen. But eldarerathis has removed the bootloader and recovery updates so that you can continued to use the FireFireFire bootloader and TWRP recovery. He’s also pre-rooted the operating system and loaded Superuser, su, and busybox so that you can install the Android Market and make other changes.

While this software is based on the official Kindle Fire 6.2.1 software update, you may lose some data when you install it since it will overwrite your system partition. But you should be able to quickly re-download most of your apps from Amazon. Anything you’ve sideloaded or installed from the Android Market  you’ll probably have to re-install manually.

I’ve found the easiest way to install the Android Market is to first install the update.zip using TWRP, and then download and install the latest gApps zip file from the CyanogenMod Wiki, copy it to your device, and install it using TWRP. You might want to poke around in the zip file and remove the SetupWizard.apk file from the system\app directory before you flash it. I found that I couldn’t get past the setup wizard the first time I booted the tablet after flashing the gApps update. 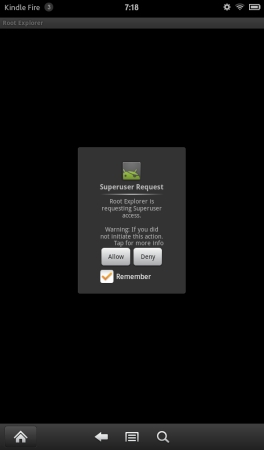 To install the pre-rooted Kindle Fire 6.2.1 software you can use the Kindle Fire Utility to install TWRP 2.0 on your tablet, download the update-6.2.1-rooted-secureboot.zip and copy it to your tablet, then follow the same steps you’d use to install CyanogenMod or any other operating system. 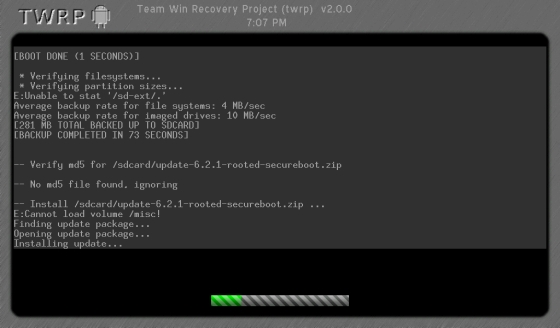 It’s probably a good idea to use TWRP to backup your system before you start. Once you’ve done that, you can install the new update, try out the Kindle Fire 6.2.1 software, and still revert to your backup if necessary.