The Microsoft Surface Duo is one of the most unusual smartphones of the year. It’s an Android-powered phone made by Microsoft and loaded with Microsoft software, making it the blueprint for Microsoft’s future in the mobile space now that Windows Mobile is dead.

It’s also a dual-screen phone that you can fold it in half like a book or flip open to use two screens together as if they were a single 8.1 inch screen.

Plus it supports an optional Surface Slim Pen for note-taking and drawing.

All of that has helped Microsoft generate a lot of buzz for the Surface Duo since the company first announced the phone in late 2019. Now the Surface Duo is available for pre-order and scheduled to ship September 10th. But there’s a catch — this thing is not cheap.

Those specs fine… but a bit underwhelming for a phone in this price range, even if it’s one of the few dual-screen phones ever to ship. 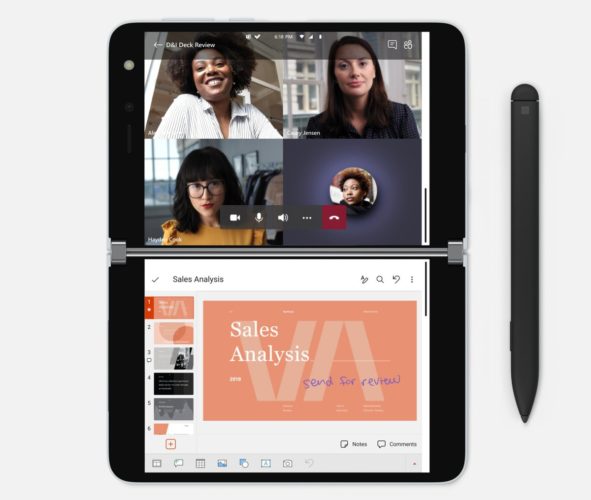 But Microsoft is positioning the Surface Duo as a premium product that integrates with the company’s apps and services. It’s not just a device that ships with Android 10, Google Play support, and the ability to do just about everything you can do on other Android phones. It also includes Microsoft apps and services, some of which are available on other phones, and some of which are unique to the Surface Duo: 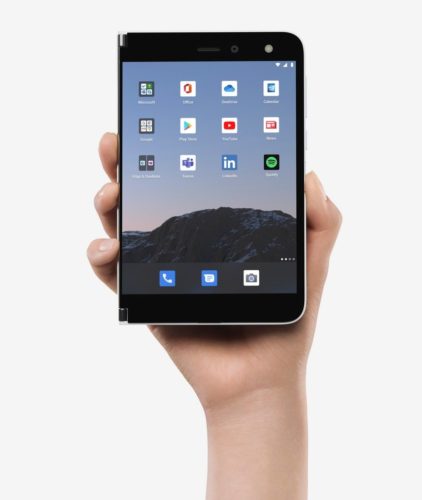 You can view apps on a single screen or unfold the tablet to see two apps at a time, one on each display. You can also span apps across both screens at once. 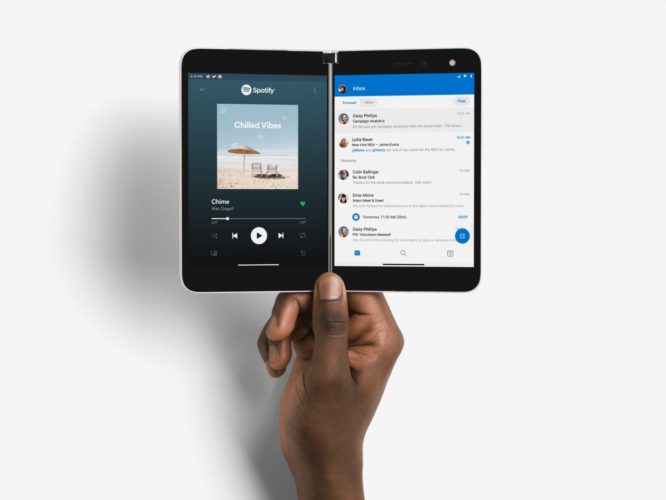 Basically, the idea is to bring the benefits of dual-screen (or large) monitors to the mobile space: some people are more productive when they don’t have to constantly flip back and forth between full-screen apps. That appeals to me, as I spend most of my work day staring at a bunch of windows scattered across multiple screens. But at a time when you can pick up a pretty good Android phone for $349, I’m not particularly interested in paying four times as much for a model with a second screen and pen support.

The pen, by the way, costs $145, although it’s currently on sale for $111 when you pre-order it alongside the Surface Duo.

I’m glad Microsoft is trying something different at a time when most smartphones are starting to look the same (slimmer bezels, better camera, rinse and repeat). I just wish the company were trying more affordable things. At least it’s cheaper than the $1,980 Samsung Galaxy Fold.

The Surface Duo is available for pre-order from the Microsoft Store and Best Buy. AT&T will begin taking pre-orders on August 13 at midnight Eastern Time.

The phone will only be available in the United States at launch. Microsoft has not yet announced pricing or availability details for other regions.