AT&T will be the first wireless carrier to offer the Microsoft Lumia 950 smartphone when it begins taking orders this week. But if you want the larger, more powerful Lumia 950 XL you can pre-order an unlocked model today.

Microsoft is taking orders for the Lumia 950 XL for $649. That price gets you a 5.7 inch phone with a Snapdragon 810 processor, Windows 10 software, and (while supplies last) a free Microsoft Display Dock which lets you connect the phone to a monitor, keyboard, and mouse so you can run some apps on a big screen. 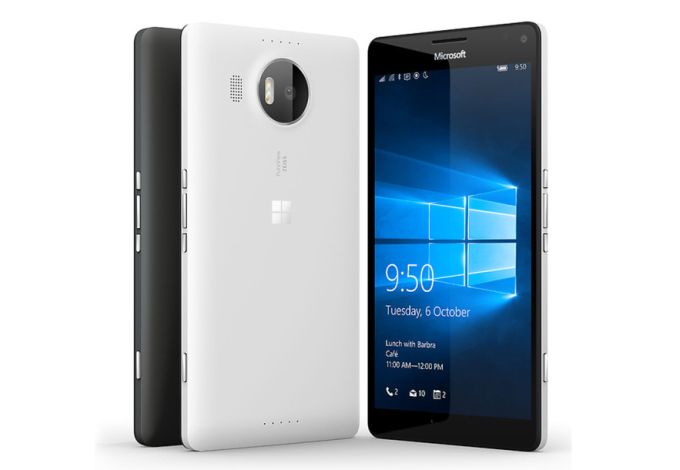 The Lumia 950 XL is one of the first phones to support Microsoft’s new Continuum for phone software. When it’s connected to an external display you’ll see a Start Menu instead of a Start Screen and a desktop and taskbar will appear. You can use the extra screen real estate to run apps like Office and Outlook in desktop-sized windows with multi-panel views.

There are some limitations to Continuum for phone. Apps run in full-screen windows and can’t currently be resized and tiled the same way regular desktop Windows apps can. And you’re limited to running Universal Windows apps available from the Windows Store.

But it’s still a pretty neat trick that allows you to kind of carry a desktop PC in your pocket. And while you’re interacting with apps on your monitor you can still take phone calls or run other apps on the phone itself.

The Microsoft Display Dock is a small box that connects to the phone via a USB-C cable and adds DisplayPort, HDMI, and USB ports.