The BQ Aquaris EQ HD Ubuntu Edition is a smartphone with a 5 inch, 1280 x 720 pixel display, a quad-core MediaTek ARM Cortex-A7 processor, 1GB of RAM, and 16GB of storage.

It’s now available for pre-order for about €200 and the phone should ship after June 22nd. There’s one small catch though: the BQ Aquaris HD Ubuntu Edition is only available in the European Union, Norway, and Switzerland at launch. 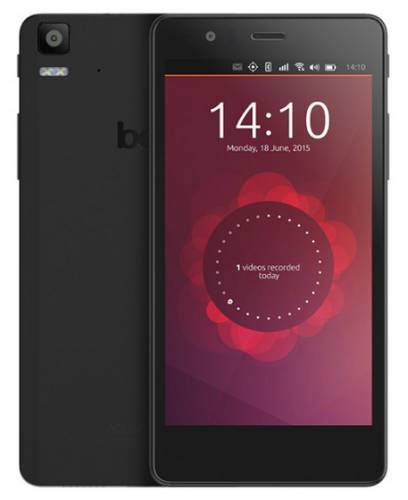 The device has the specs of an entry-level or mid-range phone. But that makes the Aquaris E5 HD a lot nicer than the first BQ phone with Ubuntu software: that model had just 8GB of storage and a 960 x 540 pixel display.

All told, this is the third phone to ship with Canonical’s smartphone-friendly version of the Ubuntu operating system. The first was the BQ Aquaris E4.5 and the second was the Meizu MX4 Ubuntu Edition which is currently available in China and coming soon to Europe.

Each phone runs a version of Ubuntu that’s been optimized for phones and other touchscreen devices. Dig deep enough and the phones share some common code with the Ubuntu software you can install on desktop or notebook computers, but they’re designed to run smartphone apps and provide a finger-friendly user interface with a lock screen, and Scopes which bring content from apps to your home screen.

Eventually Canonical hopes to work with phone makers to deliver devices that can operate both as phones and as portable desktops. Pull a phone out of your pocket and you get the touch-friendly UI and support for mobile apps. Connect it to a monitor, keyboard, and mouse through a docking station, and you can run desktop apps.

Canonical’s been promising a “convergence” device of this type for a few years… but Microsoft might actually beat the company to market. Microsoft has a similar feature in the works called Continuum for phones, and the company has said it’ll be included on future devices that will ship with Windows 10 Mobile software later this year.