PPSSPP is an emulator that lets you run PlayStation Portable games on a PC. But why stop there? There’s a new app called PPSSPP VR that not only brings PSP gaming to a computer… it brings them into the virtual reality age.

Just install PPSSPP VR, fire up a PSP game and put on an Oculus Rift headset. Not only can you view games on a virtual big-screen in your headset, but games will be rendered at increased resolutions and also adds stereoscopic 3D and head tracking, allowing you to move your head to explore the virtual worlds of your games. 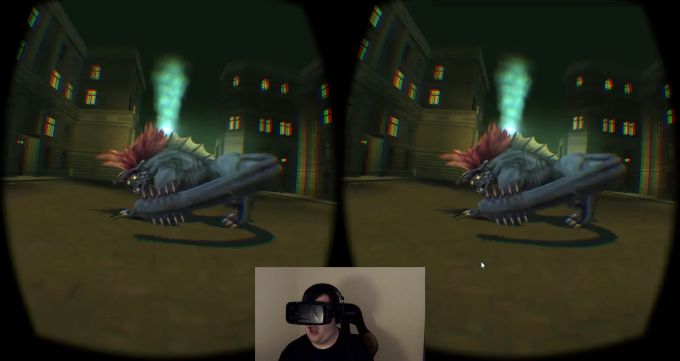 The actual Sony PSP has a screen resolution of 480 x 272, which looks adequate when you’re using a small device that you hold in your hands. But the developer recommends upscaling graphics by as much as 5 times in order to make games look good in a VR headset.

Not all games will work perfectly, but you can find a list of playable and “good or perfect” games at the Oculus forums, as well as a list of games that are currently unplayable.

Developer 2EyeGuy has a history of porting game emulators into virtual reality applications. This is the same person that created Dolphin VR, allowing you to play Nintendo GameCube and Wii games with an Oculus Rift headset.

Of course, the commercial version of the Oculus Rift hasn’t actually been released yet. So for now you’ll need a $350 Oculus Rift DK2 development kit.