There’s something kind of familiar looking about the Powkiddy X2, a handheld game console with red and blue game controllers on either side of a 7 inch display.

But while the Powkiddy X2 looks like a Nintendo Switch, it lacks much of the functionality that makes Nintendo’s little game console special. The controllers aren’t detachable. The display resolution is lower. The processor is slower. And you can’t actually play Switch games.

That said, the Powkiddy X2 is a lot cheaper than a $300 Nintendo Switch — you can pick one up for $80 from AliExpress. 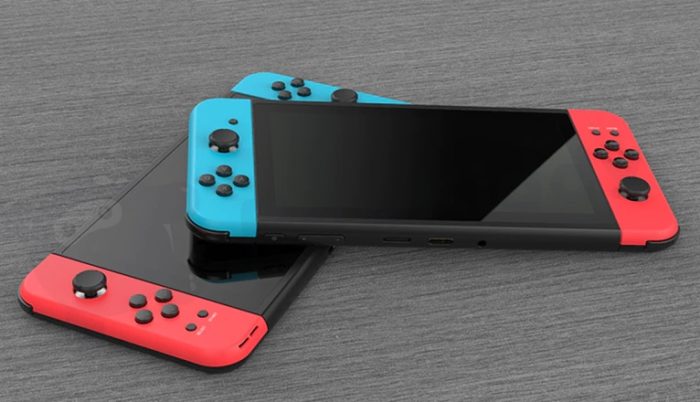 To be fair, there’s no shortage of inexpensive handheld game systems from Chinese device makers. The only thing that’s truly notable about this model is its knock-off design… and I guess I’m kind of falling for the PR stunt.

That said, here’s what the Powkiddy x2 has to offer:

While it’s designed for handheld use, you can also use it as a sort of living room console by running an HDMI cable to a TV and plugging in up to two controllers using the device’s micro USB ports.