Chinese device maker Powkiddy has launched a new retro console that looks like a classic arcade cabinet, if you shrunk it down, slapped a 9 inch display on the front, and put a 4,000 mAh battery inside for gaming on the go.

Available from AliExpress for about $100, the Powkiddy A12 is said to be able to handle PlayStation 1, NES, Game Boy, and Neo Geo titles, among others. But you’re probably going to need to plug in an external controller for to play games for some of those platforms, since the joystick and 6 buttons on the front of the device might not cut it. 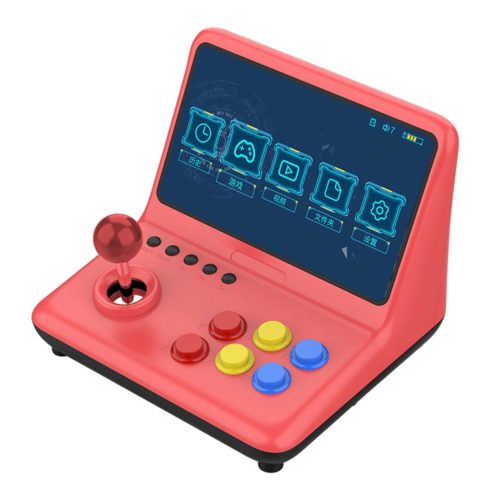 The new model is slightly more generic, since it seems to be inspired by classic arcade cabinets rather than a specific device — although it does bear a striking resemblance to the JXD 7.0 inch retro arcade system.

The charging port looks like a micro USB port. And while there are no details on exactly which processor the Powkiddy A12 uses, it’s said to be a quad-core ARM Cortex-A7 chip.