Energous isn’t the only company planning to show off wireless charging at a distance at the Consumer Electronics Show in January.

Powercast has announced it’s just received FCC certification for a new long-range charger that delivers power via radio frequency from up to 80 feet away. The only catch is that the 3-watt PowerSpot transmitter is only designed to work with small, low-power gadgets. 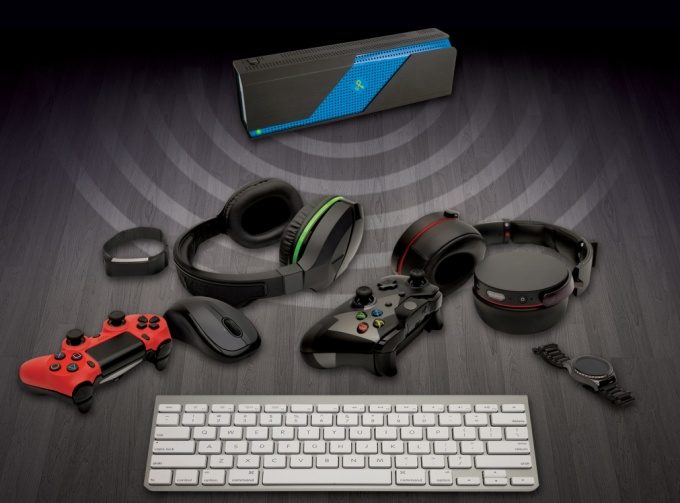 That means it could be used to keep things like mice, keyboard, remote controls, and headphones charged. But you probably won’t be using it to charge phones, tablets, or laptops anytime soon.

In fact, while the PowerSpot charging zone is up to 80 feet, Powercast notes that power delivery rates vary by distance: the company says “power-hungry, heavily used devices” including smartwatches, headphones, and fitness bands are best charged 2 feet or less away from the transmitter, while things like keyboard and mice can charge up to 6 feet away, TV remotes up to 10 feet away, and things like home automation sensors up to 80 feet away.

The Energous WattUp system, by comparison, features a mid-field charger that can deliver power from up to 3 feet away, and a contact-based solution that offers faster charging when you place a device on a charging surface (much the way that most current commercially available wireless charging devices work).

Energous also notes that its system received approval under the FCC’s Part 18 rules, which allow for higher-power operations than the Part 15 rules Powercast’s system was approved under… although Energous hasn’t spelled out exactly how much power its 3-foot transmitter can deliver yet.

Both the Powercast PowerSpot transmitter and the Energous WattUp transmitter are capable of delivering power to multiple devices simultaneously when they’re within range, which could lead to mice, keyboards, and other accessories that you never need to plug in to keep charged. Of course, those are mostly items that don’t need to be charged (or have their batteries changed) very often anyway… so the exciting thing is really that this is the first step toward a future where you may be able to keep your phone, laptop, or other more power-hungry devices charged whenever you’re at home or within range of a compatible RF-based charger.

The PowerSpot transmitter is expected to ship in the third quarter of 2018 and it will cost around $100 at launch, although the company says it could sell for as little as $50 when mass production is underway. Of course, it’ll only be useful if device makers start to release compatible devices that can be charged by the radio frequency transmitter.