The Power Pen looks like a normal pen, and you can use it as one. But you can also use it to recharge your smartphone battery. 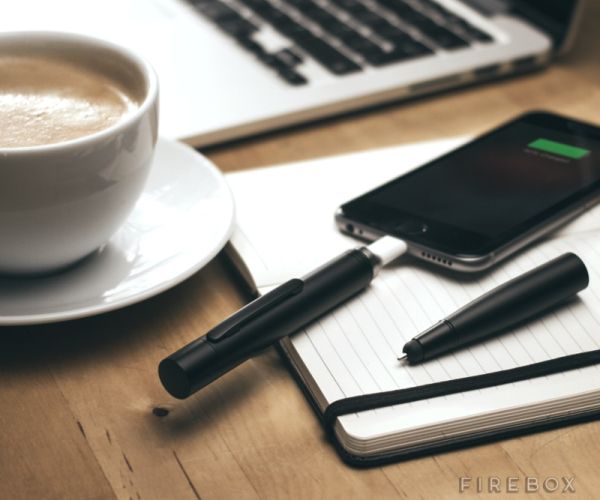 The Power Pen is up for pre-order from Firebox for $39.19. That makes it kind of expensive for a pen (or portable battery), but there’s not a lot of competition in the space of pen/power packs.

Here’s how it works: Just use the pen as a stylus for your smartphone or tablet. Twist the cap to bring up a ballpoint pent tip that you can use to actually write on old-fashioned paper. Twist off the end and a charging tip is revealed.

There’s a tip designed to work with Apple’s lightning ports so you can charge recent iPhone models as well as a microUSB tip which you can use to charge just about any other modern smartphone.

The battery is pretty small: it only has a 700mAh capacity. That means you probably won’t be able to fully recharge your phone using the pen… it turns out it’s not that mighty after all (although to be fair, I haven’t seen a sword that can charge a smartphone yet).

Nonetheless, the pen could help you get a little extra run time when your phone is about to die. And since the Power Pen is a multi-purpose device, there’s a chance you might not feel silly keeping it in your bag or pocket all the time so that it’s nearby when you need it.

4 replies on “Power Pen is a stylus, power pack, and pen”