Intel’s NUC line of compact computers don’t take up a lot of space — but they still typically need some sort of a power brick that plugs into a wall outlet.

The GBT-NUC from PoE Texas is a $150 accessory that lets you power an Intel NUC system using an Ethernet cable, which means you don’t need to place the little computer near a wall outlet (or extension cable). As a bonus, the same cable connects the computer to the internet. 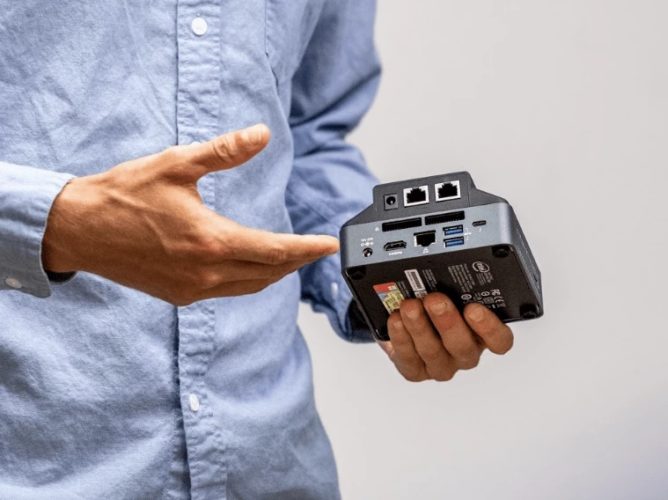 Many recent Intel NUC models feature removable lids, and the GBT-NUC is designed to replace the lid and sit on top of the computer.

The accessory is compatible with most Intel NUC systems featuring 7th, 8th, or 10th-gen Intel U-series processors. Basically as long as you’re using an NUC with replaceable lid and a model that can run on 60 watts of power or less, you should be good to go.

The GBT-NUC is available from retailers including Amazon, PoE Texas, and SimplyNUC for $150.