PostmarketOS is a Linux distribution optimized for smartphones and other devices with ARM-based processors. Initially designed as a project to breathe new life into old phones by giving them an operating system with long term support, the latest version of postmarketOS now officially supports 27 devices including phones, tablets, and single-board computers.

It’s also now easier to update from one version of the Alpine Linux-based operating system to the next. 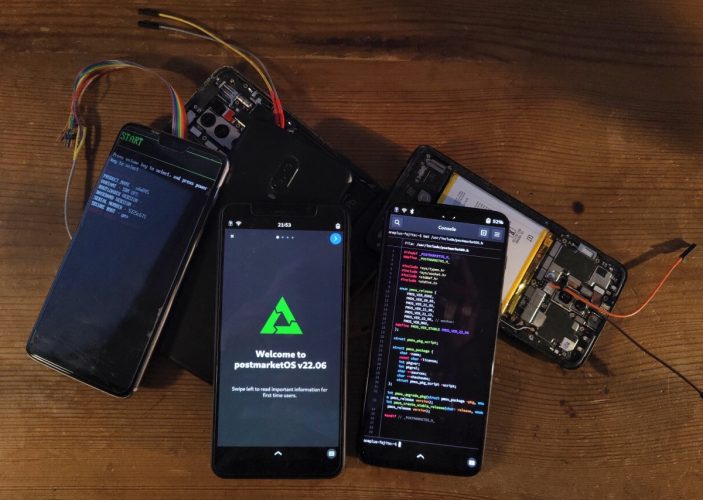 That’s because postmarketOS v22.06 is the first version of the operating system with a release upgrade utility. Want to upgrade to v22.06 from an earlier release? Just install the and run the upgrade script following the instructions at the postmarketOS Wiki.

The developers say that while it’s not officially supported, you can also use the script to switch from one version of postmarketOS to another without necessarily upgrading. For example, you could switch from postmarketOS edge (which includes bleeding edge, sometimes unstable software) to v22.06 if you want to use a stable release (that may not have all the features available in the edge version).

Other changes in postmarketOS v22.06 include support for two additional devices (the Samsung Galaxy S III (i9300) smartphone and the SHIFT6mq smartphone) and updates to the three officially supported user interface options.

And if you opt for Phosh, you’ll get version 0.17.0 which brings a couple of small updates. But a bigger update is on the horizon – when Phosh 0.20.0 goes stable, it will be backported to postmarketOS v22.06 via a service pack update, bringing support for swipe gestures, lock screen improvements, and many other updates.