Most smartphones are designed to be used for a few years and then replaced. But earlier this year a team of developers announced plans for a new operating system called postmarketOS that you could install on older phones to keep using them for years to come.

The goal is to give phones a 10-year lifecycle. Right now it’s still very much a work in progress: you can install postmarketOS on dozens of phones and tablets. But you can’t use it to make phone calls.

Still, the developers have made a lot of progress in the past few months, as explained in a recent blog post. 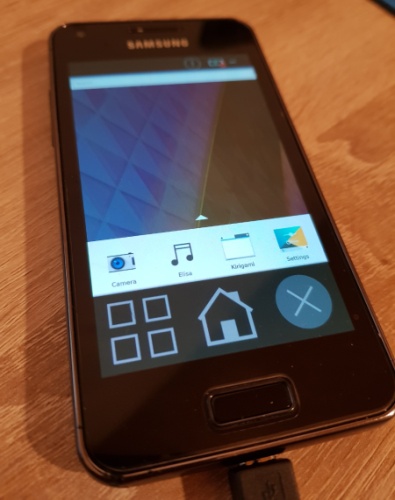 Last time I checked in with postmarketOS, the Linux-based operating system could boot on a few old smartphones, but that was about it. Now the team has made progress getting several different graphical user interfaces to run including Plasma Mobile, LuneOS (a continuation of Palm’s webOS), and even desktop environments including GNOME 3 and Xfce.

The operating system also now runs on a pretty large number of older Android devices including the Google Nexus 4, Nexus 5, Nexus 5P, and Nexus 7, the Moto G 2013 and 2015, and a handful of Samsung, Sony, LG, OnePlus, and HTC devices.

It also runs on the Ouya video game micro console and some devices that shipped with operating systems other than Android, including the Nokia N900 (which originally shipped with Maemo) and the Mozilla Flame (Fire OS).

Keep in mind that not all features work on all devices: just because the operating system boots doesn’t mean it supports Bluetooth, 3D acceleration, camera, GPS, or even audio.

Most devices don’t yet support mobile data, none support voice calls, and while the goal is to eventually use a mainline Linux kernel so that there’s no proprietary code running on the primary processor, some devices are still using Android drivers.

In other words, postmarketOS is still a far way from being a viable alternative to Android. But a lot of work has been done in a fairly short amount of time, and since this is a community-based project to bring free and open source software to older phones, the project shows promise as a way to continue running up-to-date software on a mobile device after it stops receiving official updates from the manufacturer.

Of course, if you’d rather just keep running Android, there are plenty of custom ROMs that already offer a way to install new versions of Google’s operating system on older phones. So postmarketOS is probably more appealing for folks who want to leave Google’s ecosystem altogether.

I’m not entirely convinced that either custom ROMs like LineageOS or alternate operating systems like postmarketOS are really going to result in a 10-year lifecycle for phones though. While today’s high-end phones are certainly powerful enough that they could continue to be useful for 3-5 years, most modern flagship phones ship with batteries that aren’t easy to replace and many have bootloaders that aren’t easy to unlock. Even if you can replace the built-in operating system, odds are that declining battery life and wear and tear on the display and other components will tempt you to upgrade well before 10 years.

That said, a project like postmarketOS makes me think that while you may not use your 8-year-old-phone as a phone in the future, maybe there are ways to use it as something else. I’ve been using a first-gen Amazon Kindle Fire tablet as an alarm clock for the past 5 years. Maybe new software could make an old phone could be your next kitchen clock radio, smart home hub, remote control, file server, or other IoT device?