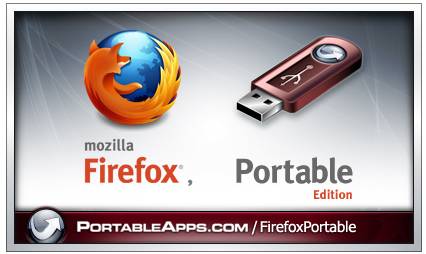 Mozilla released Firefox 5 this week, and while it’s not a huge update (the developers have simply decided to take a cue from Google and change the version numbers more often), the browser does feature a number of performance and memory improvements. The desktop version of the web browser also supports CSS animations and offers improved HTML5 performance.

If you want to check out Firefox 5 without committing yourself to upgrading from Firefox 4.x though, there’s a simple way to do it. Just download Firefox Portable Edition for Windows. It’s a version of the web browser designed to run from a USB flash drive or SD card. But you can also run it from a desktop. The key thing is that the Portable Edition doesn’t write anything to your system registry or spread files across your computer. Instead everything you need is contained in a single folder which contains the executable files, user profiles, history, and other data.

That means you can install Firefox Portable Edition without uninstalling your primary Firefox web browser.

The other cool thing you can do with the Portable browser is keep it on a USB key and use the same browser on multiple computers. Your settings and preferences will be the same on every computer — not because they’re synchronized, but because all of your data is saved to the removable media not the local computer or the cloud.

The folks at PortableApps.com offer portable versions of a number of other apps as well including Thunderbird, Skype, LibreOffice, and VLC.

One reply on “Portable Firefox 5.0 lets you carry your web browser on a USB stick”