As 2016 draws to a close, so do some of the more ambitious mobile tech projects of recent years. Cyanogen OS is dead. Pebble is dying a slow death and wearables aren’t necessarily the hot commodity some had hoped.

This was also the year that I launched the LPX podcast, featuring interviews with people like:

But as we get ready to greet 2017 with new chips, smartwatches, phones, tablets, notebooks, desktops, and more… let’s take a look back at some of the most popular topics we covered in 2016. 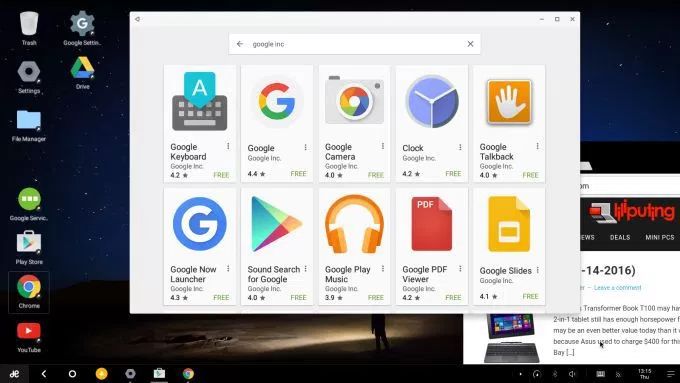 Note that this list is compiled from Liliputing’s Google Analytics stats. In order to make the cut, these stories had to be published in 2016 and had to be one of the top articles in terms of traffic… but not necessarily in terms of comments or other metrics. It’s not necessarily the best way to evaluate a year in tech, but it’s one of the simplest.

A bunch of our top posts this year were related to Jide’s Remix OS. This Android-based operating system is designed to make Google’s software feel more like Windows or other desktop operating systems.

Initially released as firmware that tablet and laptop makers could preload on their devices, this year Jide released a version of Remix OS that you can run on nearly any PC.

Here are some of the most popular Remix OS-related  posts published on Liliputing:

The only Laptop story to hit the top 50

Seriously, I looked at the 50 articles that got the most views in 2016 (some were written in previous years), and this is the only one about a laptop:

So what have we learned? While Liliputing began as a website about netbooks and morphed into one that also covers smartphones, tablets, portable notebooks and other mobile devices, some of the most popular articles this past year were about cheap, tiny desktop computers, software, and a perennial favorite: how to get more out of cheap devices that you’ve spent money on.

What are you looking forward to in 2017?

11 replies on “Most popular Liliputing articles of 2016”