When Liliputing started in 2008, it was basically a blog about netbooks. The mobile tech space has changed quite a bit in the last few years with the introduction of mobile tablets, ultrabooks and Chromebooks and the growth of the smartphone space.

A look back at some of the most popular headlines from 2013 underscores the point — and also confirms my believe that many of you share my interest in getting the most out of affordable portable technology, even if that means hacking a device to things the manufacturer may not have intended.

Here are some of the Liliputing articles that grabbed the most attention in the past year. 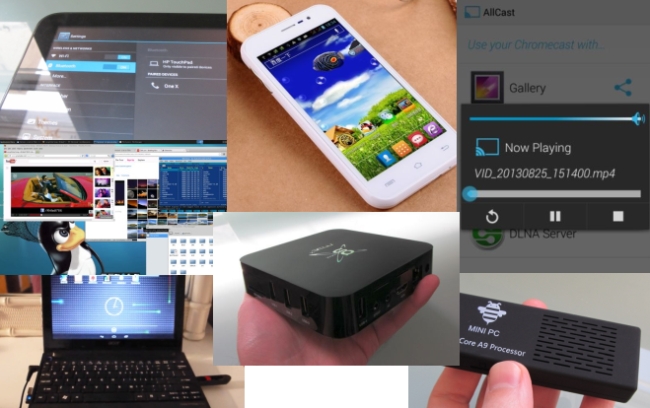 Google’s open source operating system for phones and tablets has come a long way in the past few years, and it now dominates the smartphone space. But Android isn’t just for phones these days…

Last year the first manufacturers realized they could take the guts of a cheap smartphone and make an even cheaper box that lets you run Android apps on your TV screen. It didn’t take long for users to realize they could port Ubuntu and other Linux distros to run on these boxes, creating tiny desktop computers that sell for under $100.

HP’s first and only webOS tablet was released in the summer of 2011 and canceled less than two months after launch. While webOS didn’t prove to be a runaway success story for the company, the HP TouchPad tablet featured pretty great hardware, including a 9.7 inch display, a dual-core Qualcomm Snapdragon processor, and the ability to run Android — if you hacked the tablet to install it yourself.

Users have been doing that since 2011, and for the past few years some of the most popular Liliputing articles have been related to the TouchPad. In fact, the most read article this year by far was written in 2012 (and updated a few times since). It’s our tutorial for installing Android on the HP TouchPad.

Here are a few more recent articles that also got a lot of page views this year.

Here are a few more of the year’s most popular articles.

What are some of your most memorable mobile tech moments from 2013?

7 replies on “Most popular Liliputing articles of 2013”