The PocketStar is a portable game console with an OLED display, a D-Pad, two action buttons, an accelerometer, vibration motor, rechargeable battery, and built-in speaker. It runs open source software and should be able to handle classic 8-bit games as well as some new games with a retro feel. 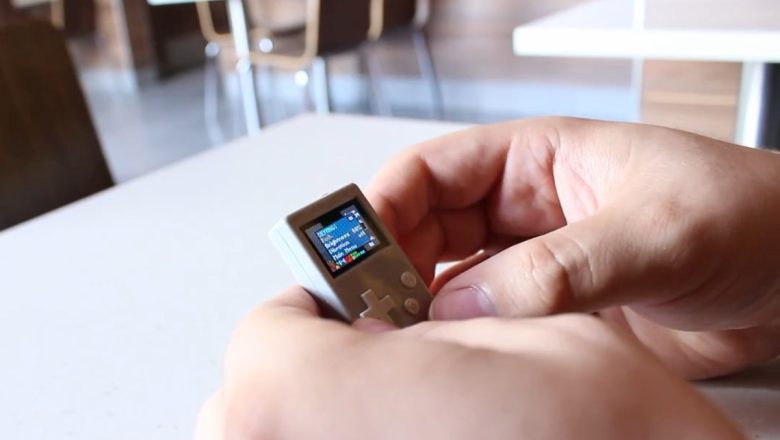 So the mini console has just a 0.95 inch, 94 x 64 pixel color OLED display, a D-Pad, and two action buttons. There’s a microSD card reader for storage, and the PocketStar is powered by an ESP32-C3 chip, which is a 160 MH processor with integrated support for WiFi 4 and Bluetooth 5.0 Low Energy.

The system supports multiplayer gaming over WiFi, and I guess you could also pair the system with a Bluetooth game controller if you want to be ridiculous.

The processor isn’t exactly a speed demon, but the device makers say it will support Game Boy and Sega Master System titles via emulators.

It is a little unusual to see things like a vibration motor and accelerometer in a device this cheap and small. But the tiny display and controller still seem like they’d be awkward to use for anything other than very brief gaming sessions while you’re waiting in line or riding the bus.

POCKETSTAR IS NOW LIVE!
Visit Kickstarter to secure yours with the early bird price!https://t.co/DATzs6XLQK pic.twitter.com/fts2w1NWu6