Next Thing Co’s PocketCHIP is a $69 handheld computer built around the company’s $9 CHIP. The extra money pays for all the things that make the PocketCHIP a mobile Linux device, including the display, keyboard, case, and battery.

While you could already use the PocketCHIP to play (or program) 8-bit games, it lacked support for hardware-accelerated graphics, which made 3D gaming a bit of a challenge.

Now the company has released a new software image that adds support for 3D acceleration, enabling you to play games like Quake III. The software update also effectively doubles the amount of storage available to users. 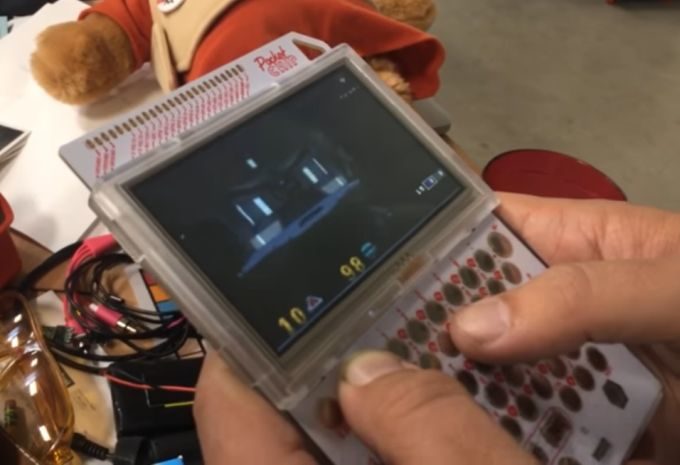 That’s right — while the PocketCHIP was originally described as a device with 4GB of storage, it actually always had 8GB. It’s just that in SLC mode, only half of that was available.

The new software includes a drive for MLC NAND, which means that anyone with a PocketCHIP device basically gets to double their storage for no extra charge.

As for graphics, the new system image has a driver for DRM-KMS graphics acceleration on the computer’s Mali-400 graphics core.

Next Thing Co notes that the new software is an experimental Alpha build, and could be unstable. So the company advises proceeding with caution and waiting for a more stable build if you don’t want to risk running into problems.

The PocketCHIP features a 1 GHz ARMv7 processor, 512MB of RAM, WiFi, Bluetooth, a 4 hour battery, a thumb keyboard, a 480 x 272 pixel display, and a slot in the bottom that lets you use a pen or pencil as a kickstand.